From October 1, electricity sourced from renewable energy will be used at Yokohama Daikoku C-3 Terminal, which began operations in August as the first finished-car logistics terminal in Japan operated by NYK, in the company’s effort to help the city of Yokohama to achieve the goals of its Zero Carbon Yokohama plan for realizing carbon neutrality.

The NYK Group is dedicated to achieving the SDGs through its business activities, which includes the operation of green terminals,**** and this introduction of renewable energy is one of the group’s initiatives.

To reduce negative impacts of the supply chain on the environment, the NYK Group will continue to proactively promote its Green Terminal policy globally.

* Zero Carbon Yokohama
A plan enacted by the city of Yokohama to strengthen countermeasures against global warming and realize decarbonization (net-zero GHG emissions) as soon as possible in the second half of this century, and to promote efforts to realize a sustainable large-city model.
URL: Yokohama City Action Plan for Global Warming Countermeasures
https://www.city.yokohama.lg.jp/lang/overseas/climatechange/contents/zcy/actionplan.html 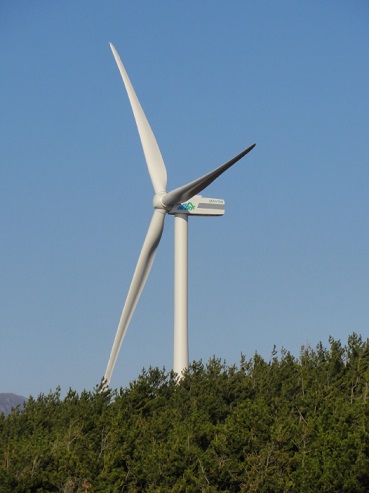 *** As part of Japan’s Feed-in Tariff Scheme for Renewable Energy (FIT), the electricity generated at the Minehama Wind Power Plant is treated as electricity sourced 100% from renewable energy under the condition that it is utilized with non-fossil fuel energy certificates issued by the Green Investment Promotion Organization (GIO).

**** The NYK Group has already implemented environment-friendly initiatives at a number of finished-car logistics terminals. Solar panels have been installed, LED port lights have been introduced, and water used to wash cars is being recycled.