To strengthen international cooperation for decarbonization, NYK has participated in two recent events at which the company presented its concept for using ammonia as marine fuel to achieve zero-emission ships.

Ammonia does not emit carbon dioxide (CO2) when it is heated and would thus be expected to contribute to the effort to address global warming. In addition, if CO2-free hydrogen* is used, zero emissions are said to be achieved. NYK is thus considering the use of ammonia as marine fuel, one of the solutions for decarbonization.

The Norwegian Embassy in Japan sponsored a seminar for 16 representatives of industry, government, and academia, and discussions were held with Norwegian and Japanese parties for future realization of a hydrogen society.

Toshi Nakamura, senior general manager of NYK’s Green Business Group, gave a presentation introducing ammonia as a marine fuel from both the technical and operational side. 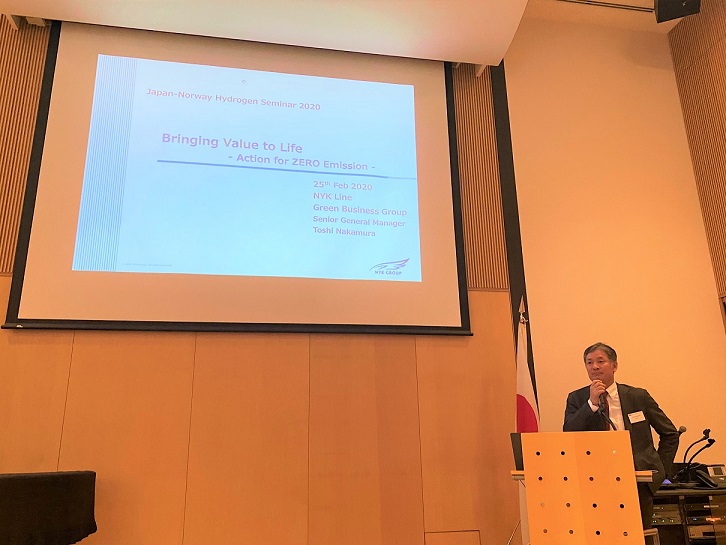 At the Getting to Zero Coalition** conference held in Denmark, NYK participated one of workshops which was on the theme of “Fuels, Technologies & Transition Pathways”, and NYK introduced the use of ammonia as a practical solution, in addition to the company’s fuel supply chain efforts, such as our marine LNG fuel supply business. 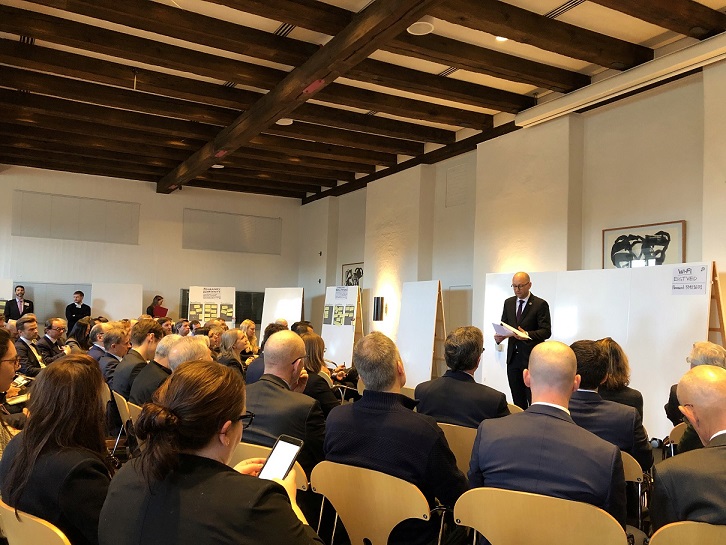 The NYK Group is making efforts to create next-generation green businesses involving alternative marine fuels to realize decarbonation and the company’s basic philosophy of “Bringing value to life” and contributing to the betterment of societies.


※In accordance with the NYK Group’s medium-term management plan “Staying Ahead 2022 with Digitalization and Green,” the group is working to achieve the SDGs through its business activities, and this approach is one of the group’s initiatives.

* CO2-free hydrogen
One way of producing hydrogen without generating CO2 is through the use of renewable energy, and a second way is by using natural gas or coal with carbon capture and storage. CO2-free ammonia synthesis is technology for synthesizing ammonia using such CO2-free hydrogen and is expected to be used as a fuel and as an energy carrier for hydrogen.

* Getting to Zero Coalition
A partnership among the Global Maritime Forum, the Friends of Ocean Action, and the World Economic Forum. The coalition builds on the Call to Action in Support of Decarbonization, which has been joined by more than 70 leaders from across the maritime industry, financial institutions, and other stakeholders.