Japan Marine Science Inc. (JMS) introduced its 360-degree high-quality large-screen ship-handling simulator and then offered a presentation about how the system navigates a vessel by calculating optimal routes developed by JMS. The participants listened intently and even tried their hand at navigating a vessel via the simulator. 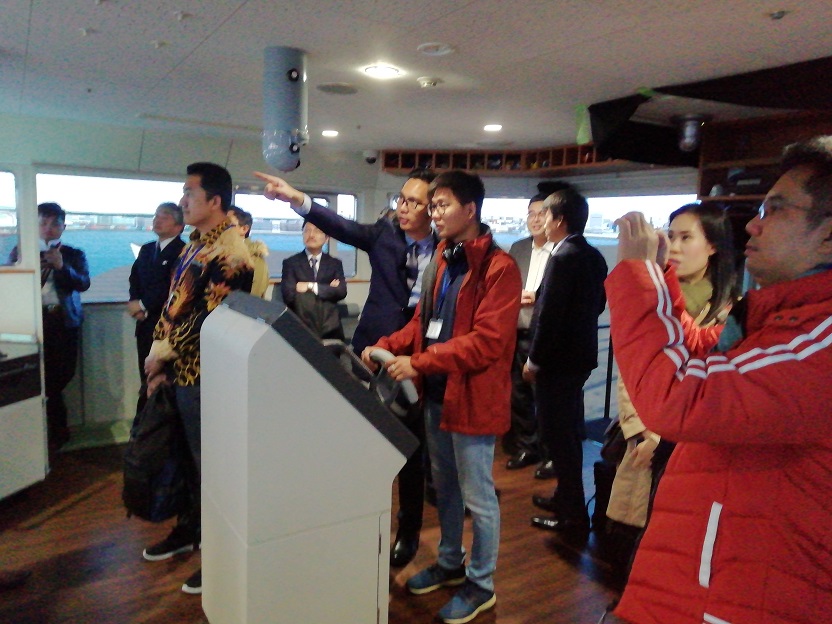 Delegate at the helm 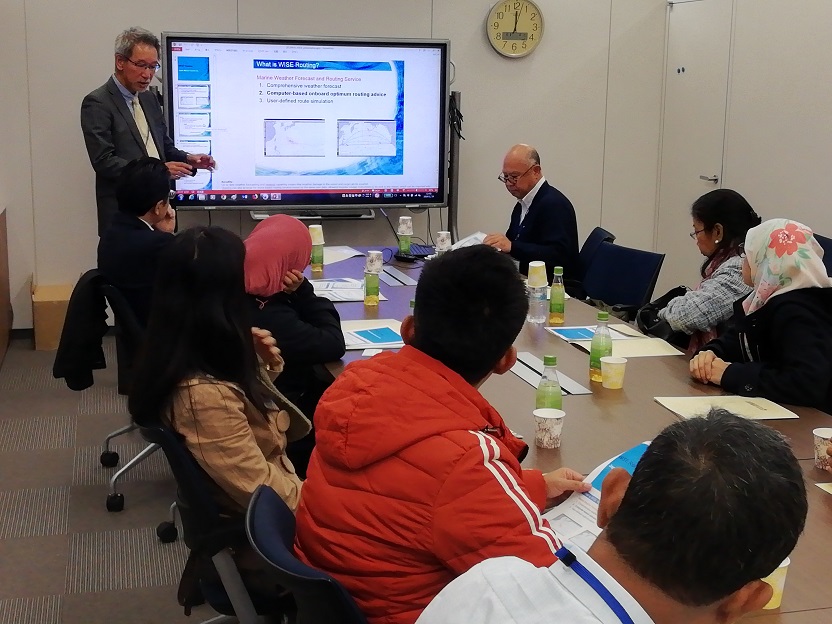 Shin-Nippon Kaiyosha then offered a tour of Japan's first LNG-fueled vessel, Sakigake,* at Honmoku Pier in Yokohama. NYK employees explained the company’s environmental initiatives for shifting to LNG fuel, and an active discussion was had. 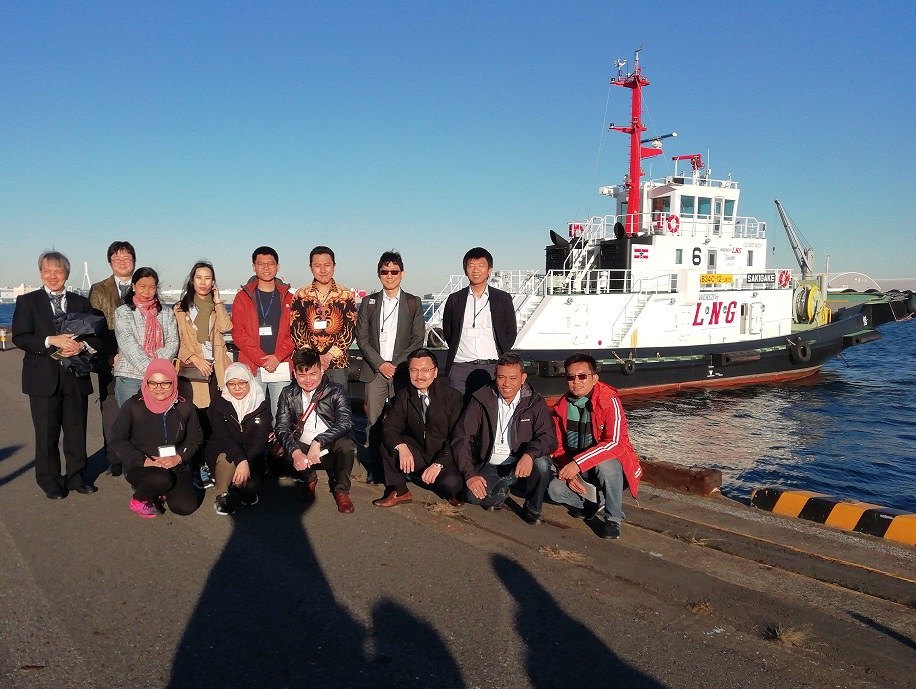 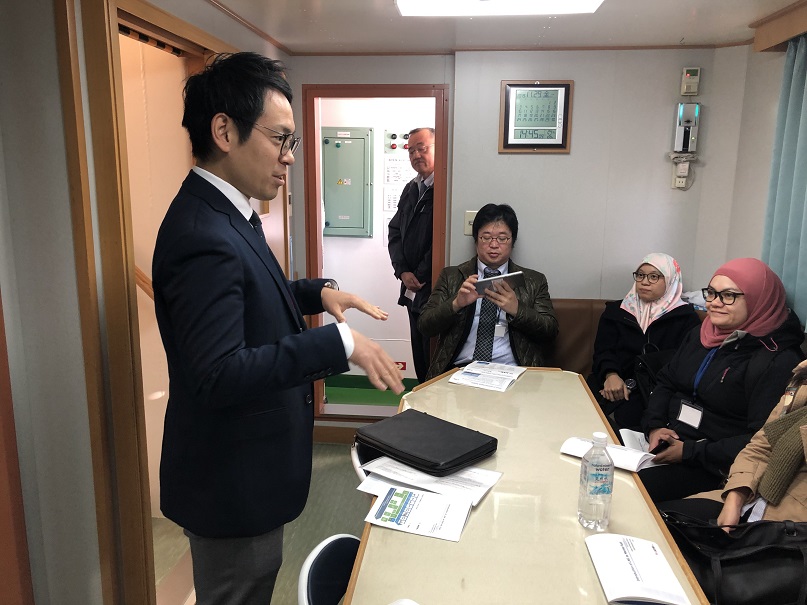 * Sakigake
A tug equipped with dual-fuel engines that can use either LNG or diesel oil, depending on the condition. Compared with conventional tugboats that use marine diesel oil, the ship emits about 30 percent less carbon dioxide, 80 percent less nitrogen oxide, and absolutely no sulfur oxide when using LNG as fuel.