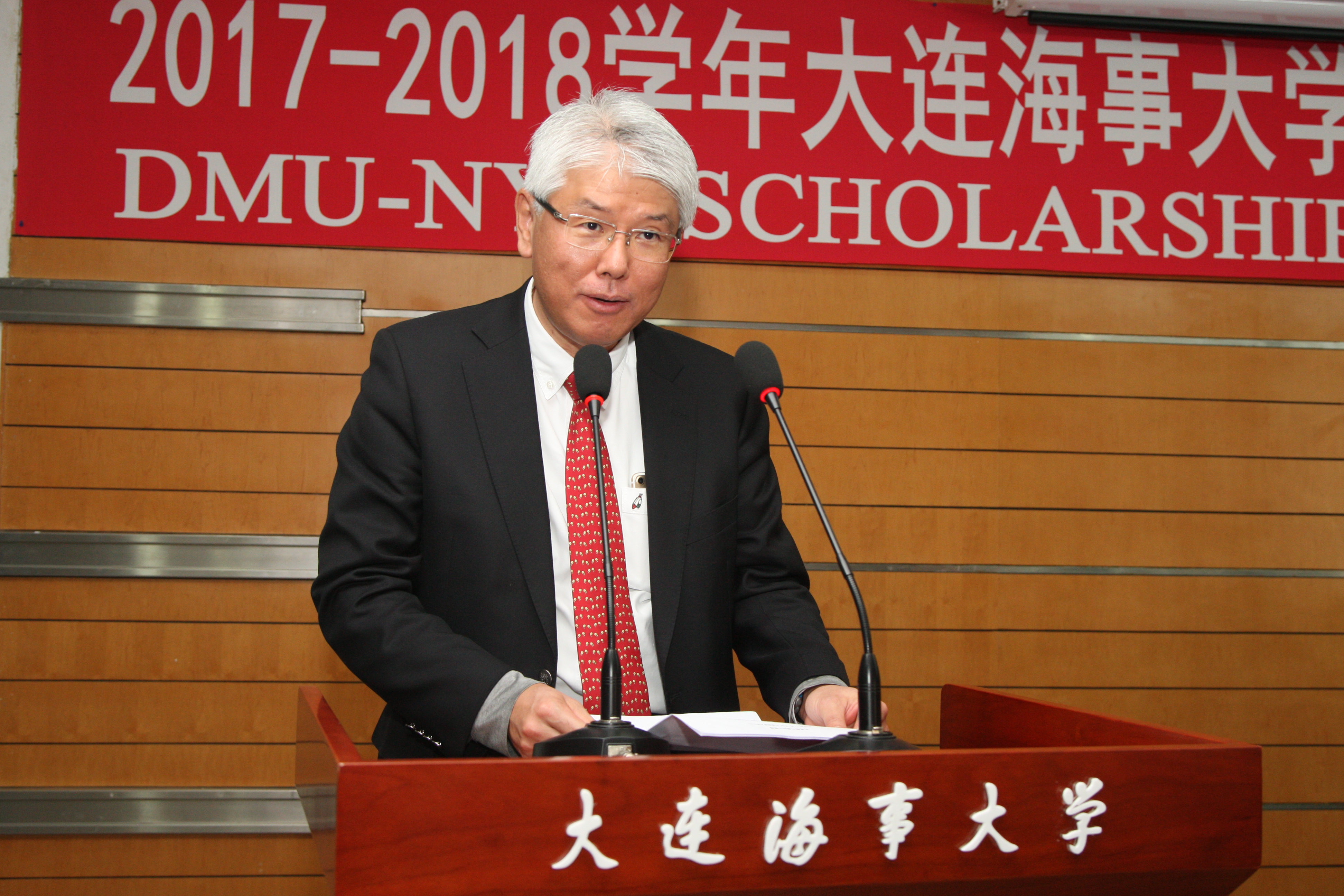 Speech by Chief Rep Takaizumi at DMU
During the month of November, NYK offered scholarships to 78 outstanding Chinese students at two maritime universities in China. This was the 18th consecutive year for NYK to demonstrate its corporate social responsibility (CSR) through the company’s dedicated support of maritime education.

On November 12, an awards ceremony was held at Dalian Maritime University (DMU), where 42 students were recognized for their academic excellence and fine demeanor. They were encouraged to develop themselves into socially responsible and intelligent young Chinese having international visions. Those in attendance included Mr. Hiroyasu Takaizumi, NYK chief representative for China, and Mr. Zhao Youtao, vice president of DMU. 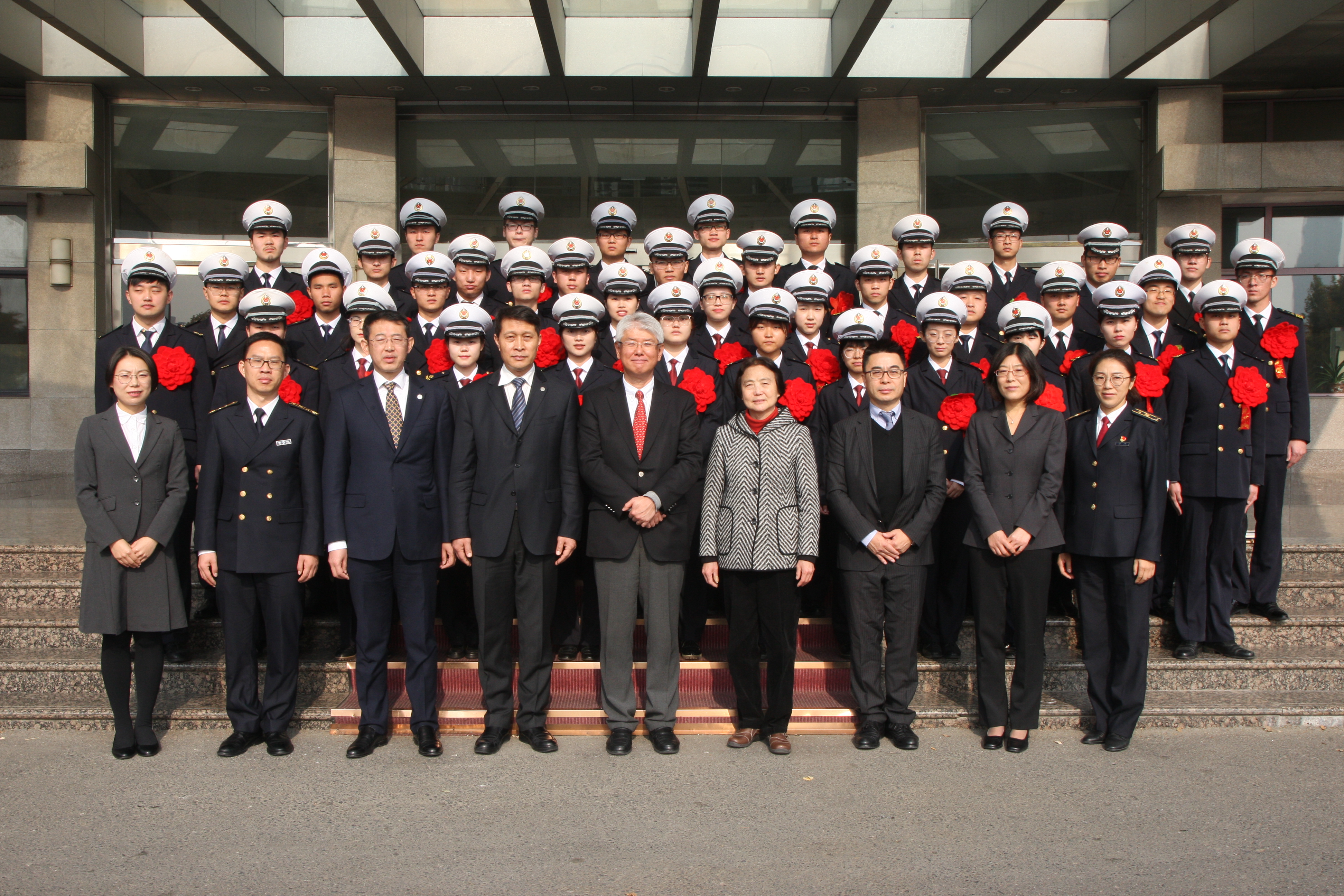 Front line,
fifthe from left, Hiroyasu Takaizumi,
NYK Chief Representative for China
fourth from left, Mr. Zhao Youtao,
Vice President of DMU
Mr. Takaizumi stressed that “mutual understanding and tolerance are ultimate features of a quality education, and campus life in university is the best period to cultivate such a spirit. To enhance the neighborliness between Japan and China, youths like you are expected to take the lead in promoting mutual understanding through face-to-face communication, particularly in light of the historical and cultural links between the two countries.”

Mr. Zhao expressed his appreciation and respect to NYK for maintaining stable and pragmatic cooperation with Dalian Maritime University, which fully reflects NYK’s strong sense of being a socially responsible corporate citizen. 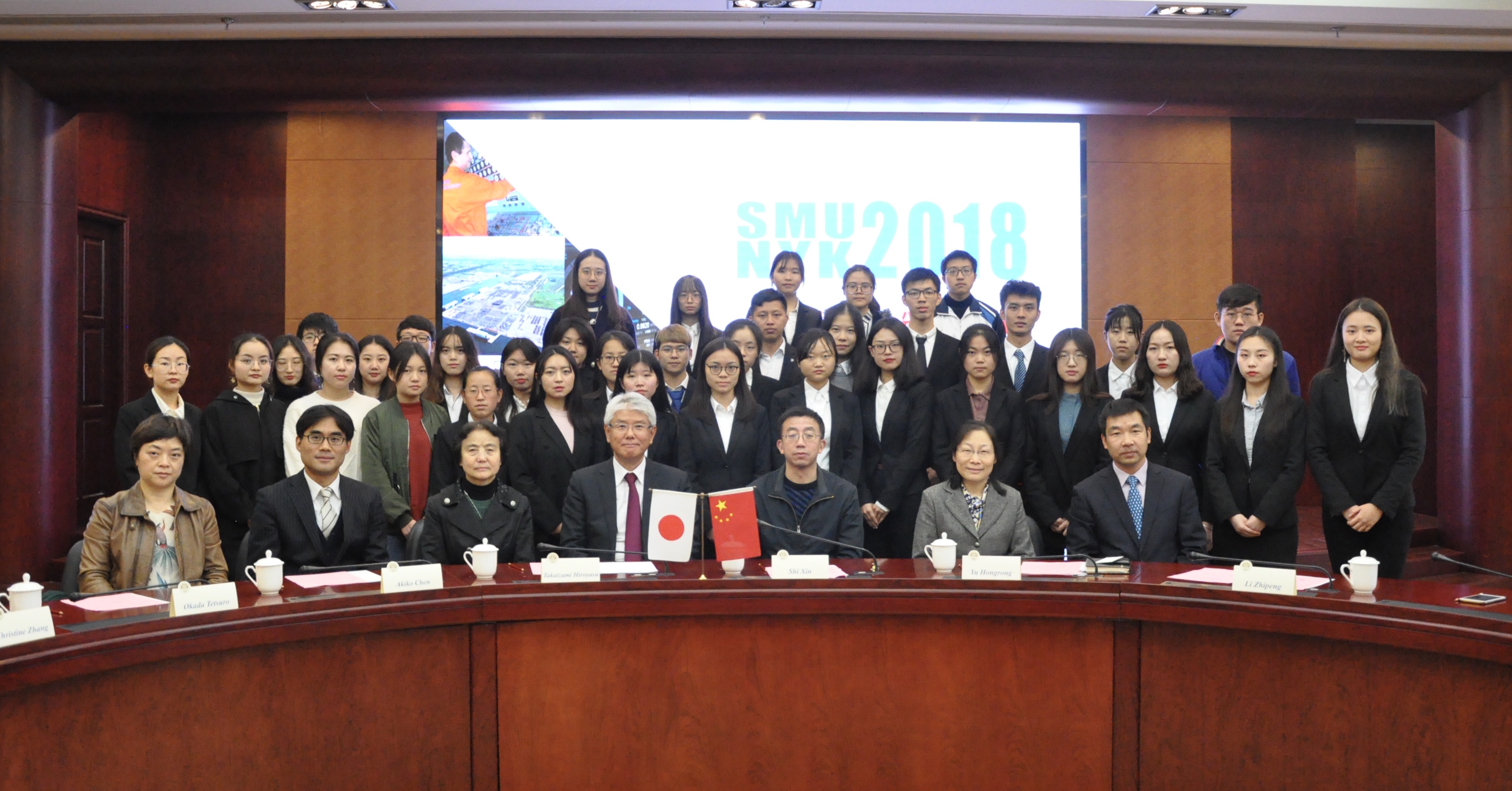 Since 2001, when the NYK Group initiated this CSR program, NYK has awarded dedicated scholarships to 1,130 students at DMU and SMU. The NYK Group will continue to support maritime education to contribute to global trade and society.