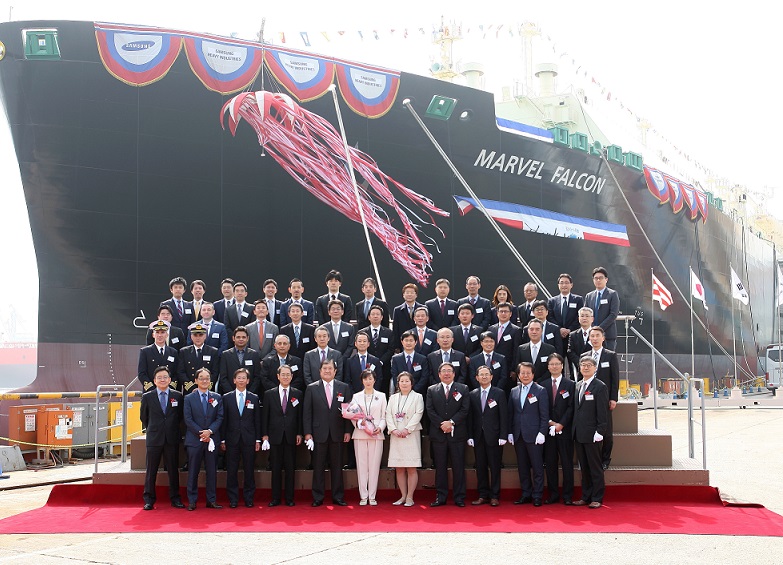 On March 29, a naming ceremony was held in Korea at the Geoje Shipyard of Samsung Heavy Industries Co. Ltd. for a new liquefied natural gas (LNG) carrier that NYK will charter to Mitsui & Co. Ltd. under a long-term contract.

At the ceremony, the ship was named “Marvel Falcon” by Tatsuo Yasunaga, president and chief executive officer of Mitsui & Co. Ltd., and the ceremonial rope holding the vessel in place was cut by Mr. Yasunaga’s wife. From NYK, Hitoshi Nagasawa, representative director and senior managing corporate officer, was in attendance.

The ship is the first in a series of new vessels that will be used by Mitsui & Co. in the Cameron LNG Project. After the delivery of Marvel Falcon on April 16, 2018, the ship will begin to transport LNG from the U.S. state of Louisiana and other locations around the world for up to 25 years, including optional extension periods. The NYK Group will be responsible for ship management.

The vessel has a 174,000 cubic meter capacity membrane-type cargo tank and is equipped with an X-DF diesel engine.* a new two-stroke large-bore slow-speed diesel engine able to operate on marine gas oil or boil off gas stored as liquid at cryogenic temperatures. 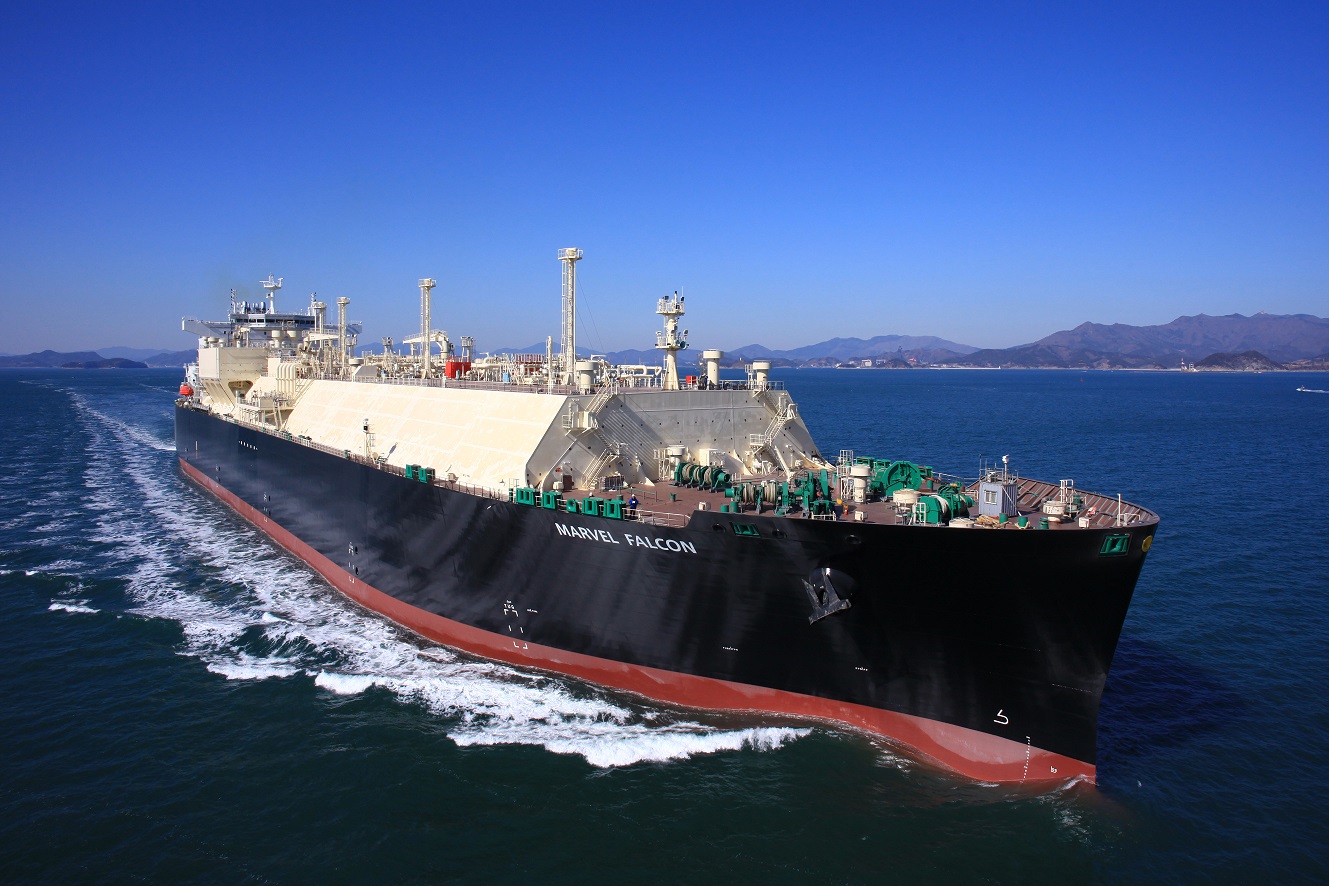