NYK Bulkship (Asia) Pte. Ltd., an NYK Group company based in Singapore, has signed a long-term time charter contract with Waterfront Shipping Company Limited* (WFS) for one newly built methanol carrier. The new ship will be equipped with an engine that enables the vessel to be powered by methanol, fuel oil, marine diesel oil or gas oil — the first NYK ship to make use of such technology. After delivery from the Hyundai Mipo Dockyard (Korea) in 2019, the vessel will be delivered to WFS, a wholly owned subsidiary of Methanex Corporation, the world’s largest producer and supplier of methanol.

From an early stage, NYK recognized the potential of LNG marine fuel as an alternative to heavy oil. The company thus constructed and operates LNG-fueled tugboats and car carriers, and an LNG bunkering vessel. NYK has also developed an LNG-fuel sales business. Based on this new contract with WFS, NYK will strengthen its knowledge of methanol-fueled ships and related technology. 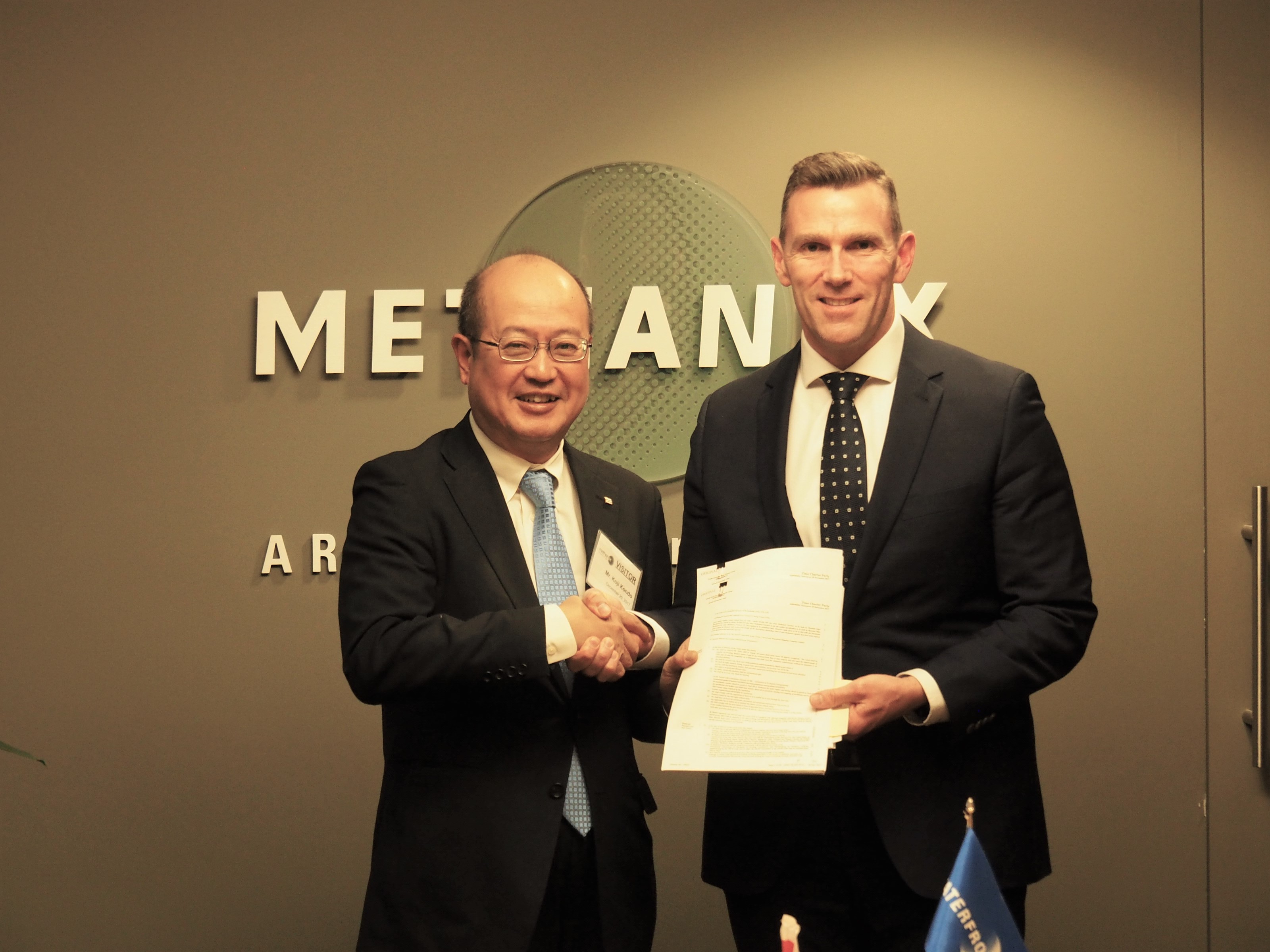 During the signing ceremony
held in Vancouver on December 20, 2017
From right:
Mr. Paul Hexter, WFS President
Koji Kondo, NYK Corporate Officer
The NYK Group will continue to secure business with stable freight rates through long-term contracts and contribute to realizing a sustainable society that will make use of technology that can reduce negative impacts on the environment.