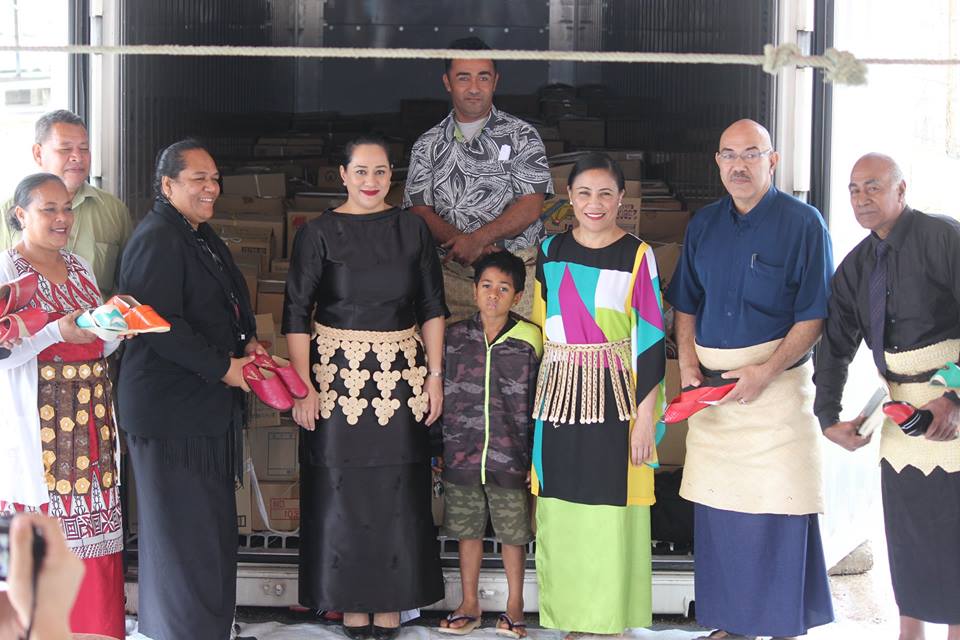 5,000 pairs of new sandals, which were donated by a Japanese private donor from Niigata Prefecture to the government of the Kingdom of Tonga, were shipped from Yokohama on NBP-operated South Islander. The new footwear arrived at the Tongan port of Nuku'alofa last month, and a ceremony to present the sandals to the Tonga Red Cross Society was held at the Queen Salote Wharf. At the event, HRH Princess Marcella Kalaniuvalu Fotofili entrusted the gift to Mr. Sione Taumoefolau, the secretary general of the Tonga Red Cross Society, in the presence of H.E. Lady Fusitu’a, the Ambassador Extraordinary and Plenipotentiary of Tonga to Japan.

Mr. Taumoefolau conveyed his gratitude for the sandals, which will be distributed by the Red Cross to children not only on the main island but also on the remote islands of Eua, Vava'u, Ha'apai, and Niuas, among others.

The NYK Group has established a good relationship with the Embassy of the Kingdom of Tonga in Japan and the government of Tonga, and previously offered free shipping for donated rugby balls. NYK will continue to use its logistics and transport services, facilities, and networks across oceans, land, and air to demonstrate the group's commitment to social contribution activities.
The news on this website is as of the date announced and may change without notice.