Nippon Yusen Kabushiki Kaisha (hereinafter, NYK) and its affiliate Sanyo Kaiji Kabushiki Kaisha (hereinafter, Sanyo Kaiji) have started a continuous three-month test navigation using biodiesel (hereinafter biofuel) supplied by Toyotsu Energy Corporation in tugboats operated by Sanyo Kaiji. The biofuel will be supplied via ship-to-ship* using a bunkering ship to supply fuel to the tug, the first time for this to be done in Japan. Three test trials are planned to take place by July. This biofuel supply and test navigation are being carried out with the support of the Nagoya Port Authority.

Biofuels are fuels made from renewable biological organic resources (biomass). Burning biofuels results in virtually zero carbon dioxide (CO2) emissions. With increasing demand for reductions in greenhouse gases (“GHG”) emitted from ships by oceangoing shipping around the world, biofuels have attracted attention as a currently available alternative to heavy oil.

Part of the biofuel supplied on April 19 at the Nagoya Port Garden Pier by the Sanyo Kaiji–operated tug Taharamaru was recycled from waste cooking oil collected from domestic Toyota Group and Toyota Tsusho Group companies. This is an initiative that contributes to a circular economy by building a supply chain through local production and local consumption.

NYK Line and Sanyo Kaiji will promote the use of environment-friendly fuels such as biofuels and contribute to the realization of a carbon-free society. 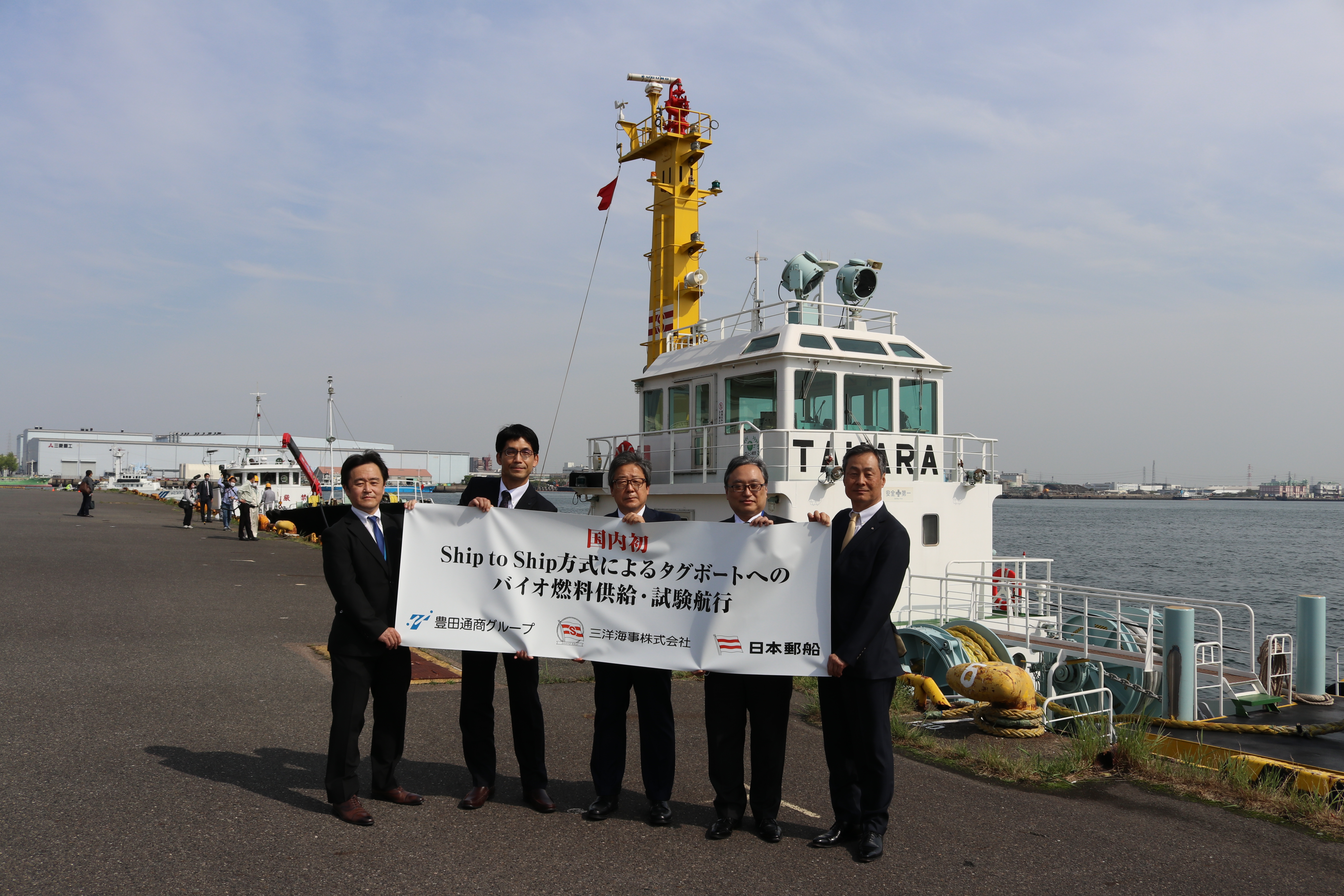 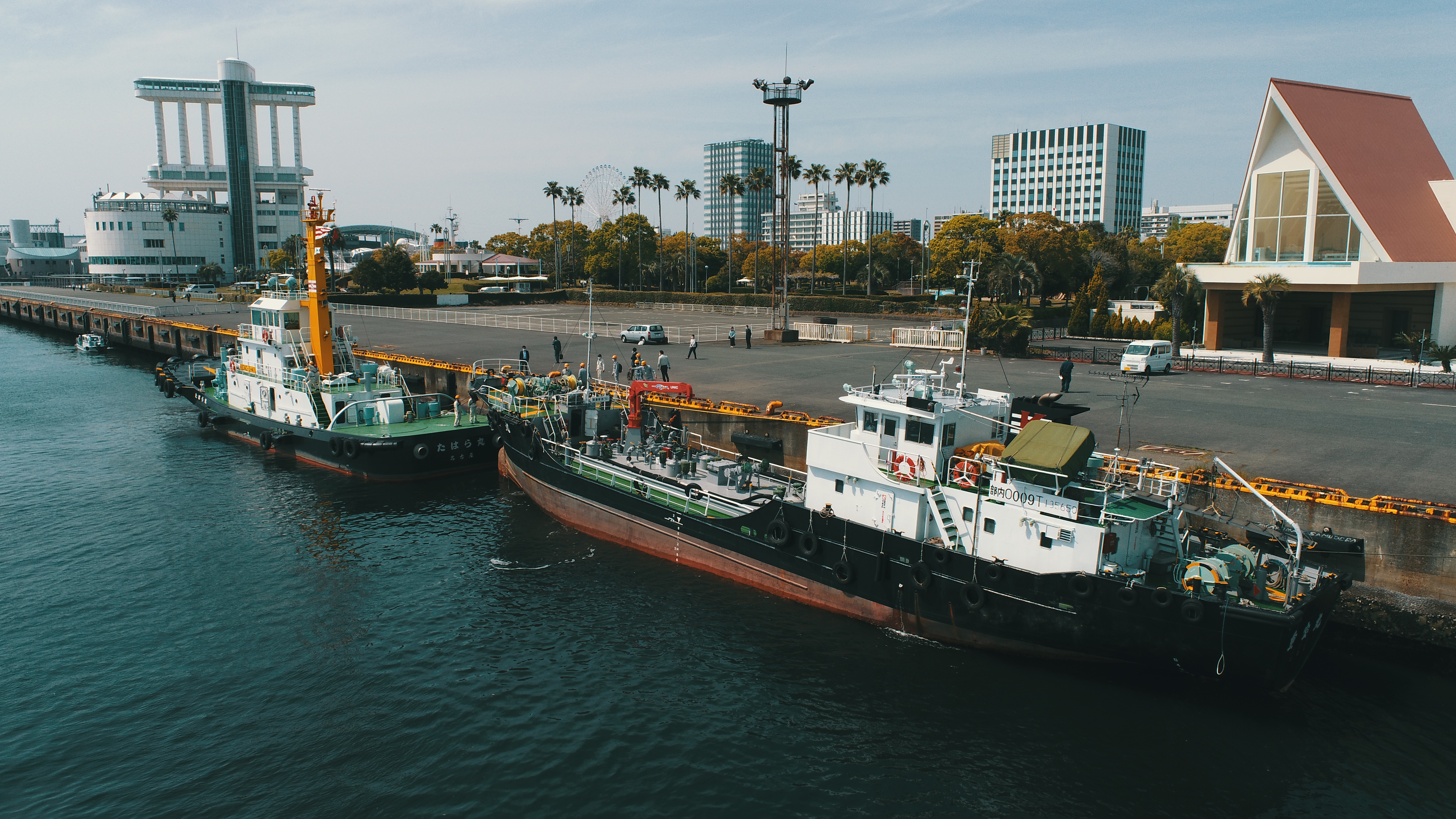 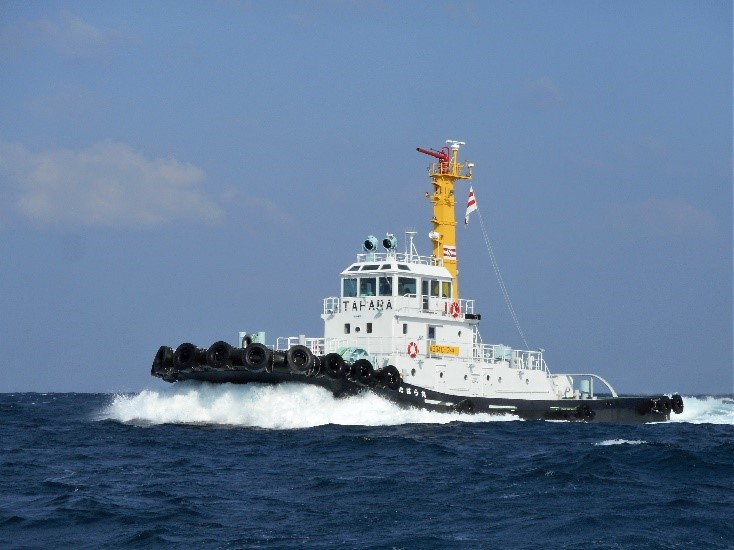 *Ship-to-ship bunkering method
A method of bunkering where a bunkering ship comes alongside a vessel to supply fuel. This can be done at various locations, such as along the quay or pier or at anchor. 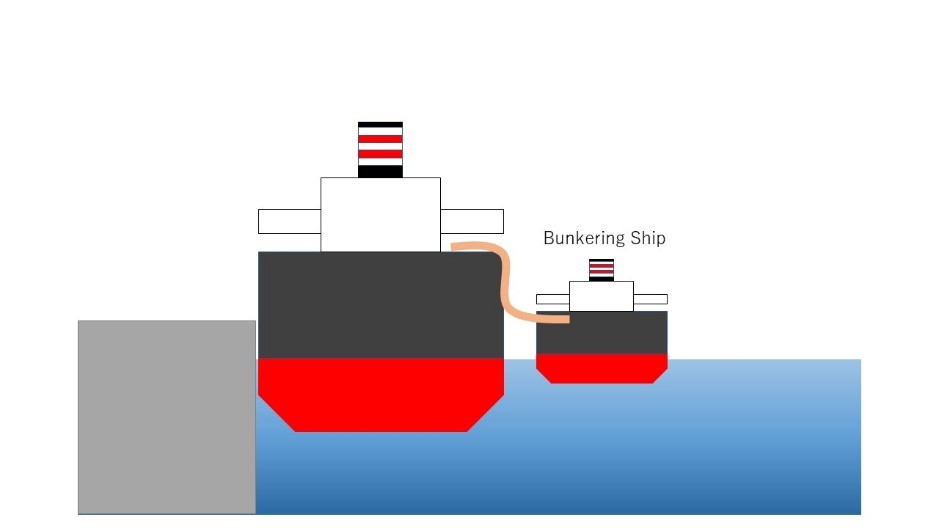