As COVID-19 continues to affect the world, the NYK Group has implemented measures to continue stable business operations in order to satisfy the Group’s social mission of "Keeping the logistics lifeline open." In fact, we have introduced new initiatives to build on the measures that we announced in June 2020.

To overcome challenges our customers and business partners are facing, we are giving maximum consideration to infection-prevention and ensuring the safety of all employees at sea, land, and air as we continue to operate in the midst of the COVID-19 pandemic.

New Measures by the NYK Group 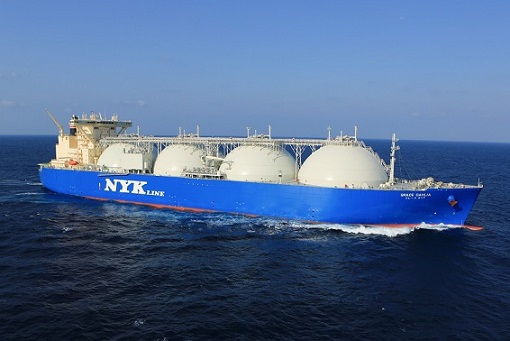 Because of COVID-19 related limitations by countries on the transport of people, delays in crew changes have become a serious issue.

Crews of cargo ships usually disembark after working three to six months on a ship, nine months in the longest cases. However, due to various obstacles that have hindered appropriately timed crew changes, crews have been forced into situations that have required them to stay at home waiting to board, not be able to travel to other countries for boarding, and wait outside their home country after disembarking due to cancelled flights. All those situations have resulted in many crew members being forced to extend their working period by remaining on board.

As of the end of May 2021, the number of crews who had been on board for more than 11 consecutive months, which is the upper limit allowed in international regulations, had been almost eliminated in the NYK Group’s managing vessels . However, the number of crews who had extended their working period was greater than it was at the end of May 2020, a year ago. Changing crews on a regular basis are necessary to maintain mental and physical health, as well as a vibrant crew workforce, and the disruption of this cycle can have a detrimental impact on international marine transportation.

In September 2020, NYK launched a task force aimed at solving the crew change issue by closely cooperating vertically and horizontally within the company and linking each organization in the company more organically, not only focusing on operational issues of ships. The task force is making companywide efforts to maintain logistics by preventing the spread of crew infections and promoting crew changes. In addition to examining the possibility of boarding and disembarking in various ports of the world, which fluctuates daily, the task force has crafted initiatives for a wide range of activities — e.g., setting up a transportation and quarantine system for crews to address strict prevention measures against COVID-19, arranging additional port calls for crew changes, improving the onboard communication environment and crew welfare, policy proposals to each country and organization for the development of an environment that promotes safer crew changes, etc. In fact, NYK has invested about US$21 million in such measures since the initial COVID-19 outbreak and the end of March 2021, and we will continue to take measures on a similar scale. Specific initiatives of the task force are highlighted below.

Task Force Initiative (1): Setting up a transportation and quarantine system for crews to address strict preventions measures against COVID-19

The task force established thorough infection-control processes, such as PCR tests and hotel quarantines before traveling to Japan, for boarding at Japanese ports by Filipino crews, who account for the bulk of crew members on board NYK Group vessels.

In Manila, Philippines, NYK has its own PCR testing center where our crews are given top priority. In addition, accommodation facilities (renovated former student dormitory of the NYK-TDG Maritime Academy (NTMA))* have been set up on the premises for crews to stay comfortably and safely while waiting for flights after the hotel isolation. In addition, in response to the spread of COVID-19, we are implementing strict infection-prevention measures in areas such as India for crews before boarding based on the knowledge cultivated in the Philippines. 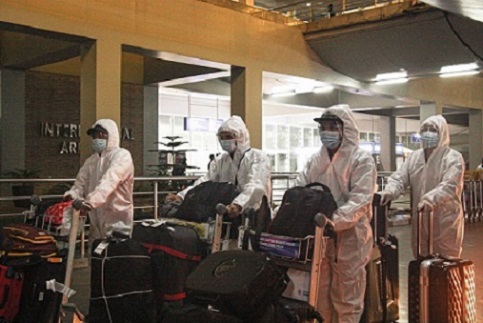 Crew members moving through an airport in protective wear

NYK has established infection-prevention measures based on the guidelines provided by the World Health Organization (WHO), among others. Those measures are sent to ships in operation for thorough implementation. Based on advice from consultants who have connections with the Centers for Disease Control and Prevention (CDC), NYK has also established a guideline to address the case in which a crew member becomes infected with the virus, and this guideline is provided to vessels in operation for NYK.

While restrictions on movement between countries have been tightened since the global spread of COVID-19, the NYK Group has proceeded with crew changes with the cooperation of customers and related parties by making deviations to ports not part of the voyage so that crews can board and disembark in their own countries. In fact, vessels operated by the NYK Group had made approximately 300 additional port calls as of the end of May 2021.

The task force has implemented the following measures to address the mental health of crew members:

It is difficult for the NYK Group to solve this crew change issue alone, so the task force is delivering opinions to governments of each country and the IMO (International Maritime Organization) through the Japanese Shipowners' Association and industry groups, etc. so that crews will be able to board and disembark smoothly and move across countries as essential workers. The task force is also working with the governments of the home countries of crew members to operate charter aircraft and special flights.

▼At logistics warehouses, container and aviation terminals, and offices

At NYK Group logistics warehouses and container and aviation terminals, the below measures are being implemented in addition to the measures announced last year. 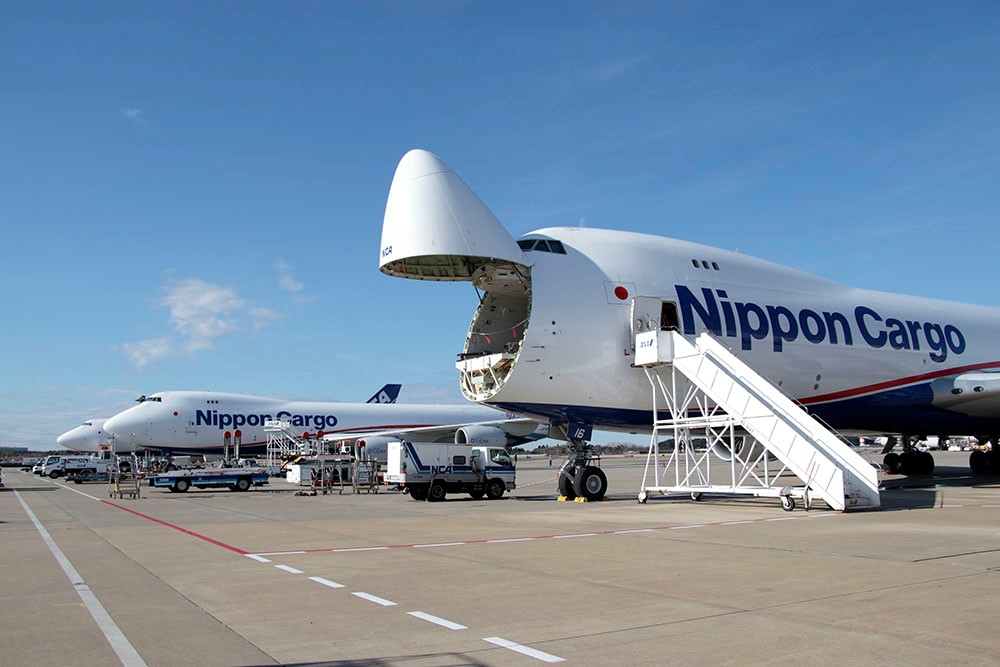 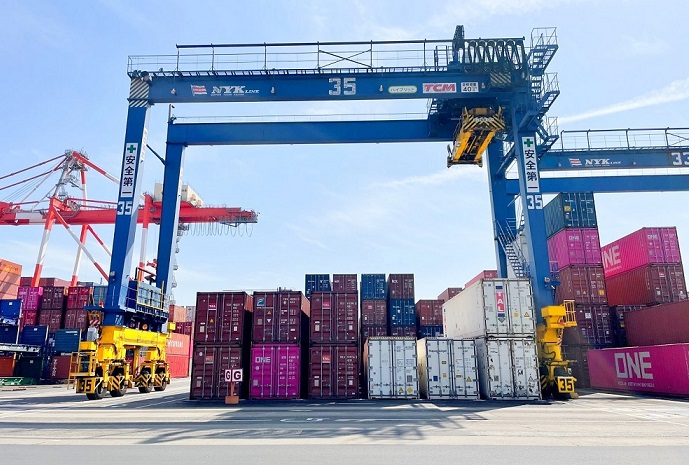 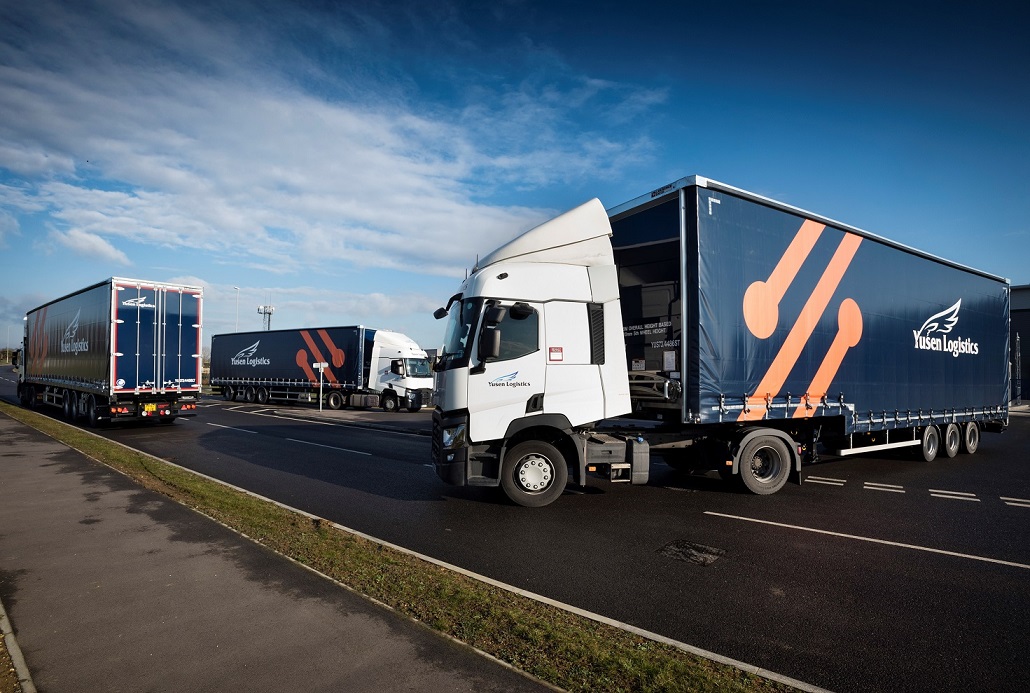