◆ Merger of Mitsubishi Shipbuilding’s advanced gas handling technologies with NYK Line’s wealth of knowledge in ship operations
◆ Commitment to developing various technologies for the launch of large LCO2 carriers, for which demand is expected to increase in the future 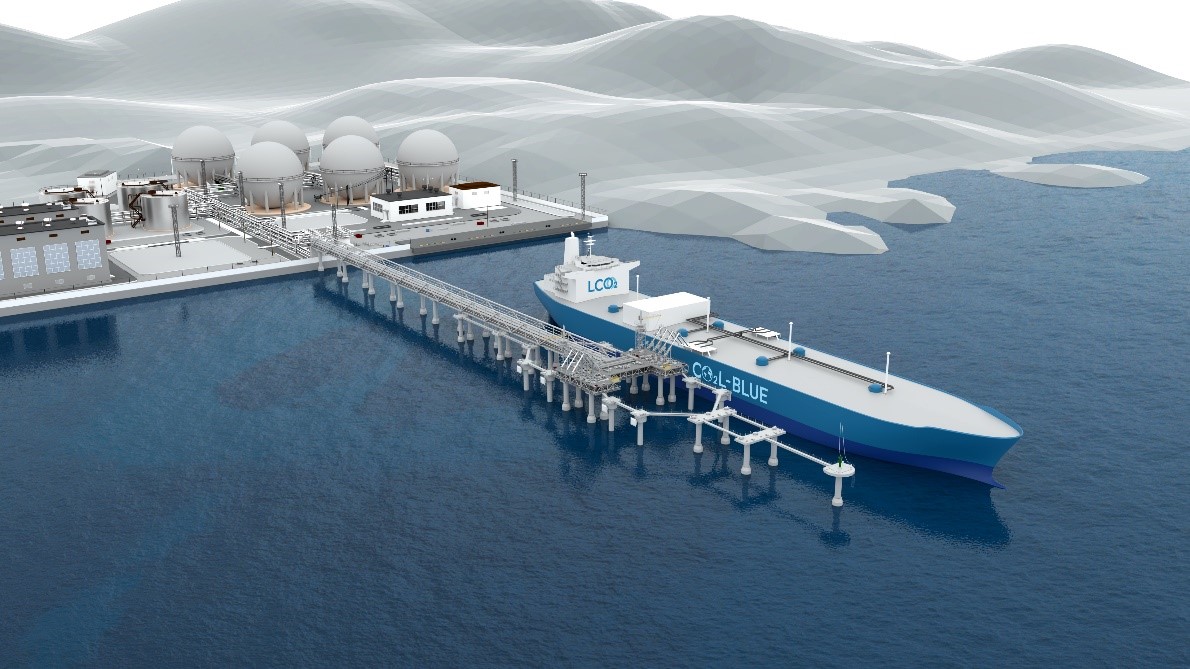 Image of an LCO2 carrier 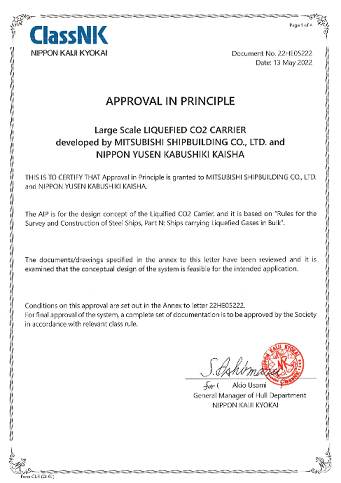 LCO2 carriers transport liquefied CO2 at low temperature and high pressure, which is contained in the cargo tank system. Since the design of cargo containment system depend strongly on the condition of liquefied CO2 such as their temperature and pressure, it is an important technical development issue to increase the size of cargo tank systems and hulls for future mass transportation.
In the joint development of LCO2 carriers by Mitsubishi Shipbuilding and NYK Line, which is so performed as to resolve such technical issues, the feasibility and compliance with regulations and standards were confirmed for each cargo tank system and hull section, taking into account different tank pressure settings for medium and large vessels, leading to the grant of the AiP.

MHI Group is strategically working to strengthen the energy transition business, and Mitsubishi Shipbuilding is promoting the development and commercialization of LCO2 carriers. MHI believes that the grant of the AiP for a large LCO2 carrier will make a significant contribution to the realization of this strategy.

NYK Line believes that the establishment of CO2 transport technology by large vessels will greatly contribute to the realization of a carbon-neutral society. NYK is working together with the MHI Group, which possesses a wide range of technologies in the CCUS value chain, to achieve the early realization of not only small and medium-sized vessels but also large LCO2 carriers. Based on the design of the LCO2 carrier granted the AiP, NYK Line will further promote its participation in the CCUS value chain, such as by studying the design of the LCO2 carrier for each project, including further enlargement of the size of vessels.

Mitsubishi Shipbuilding and NYK Line will utilize the strengths and knowledge of each company, which complement each other, to advance the joint development currently underway, and through the AiP, will continue to make efforts to develop various technologies, including LCO2 carriers, necessary for building the CCUS value chain, and contribute to the realization of a carbon-neutral society.


*Approval in Principle (AiP) indicates that a certification body has reviewed the basic design and confirmed that it meets the technical requirements and standards for safety. The inspection of this system was conducted based on the IGC Code that applies to marine vessels that transport liquefied gas in bulk and NK’s ship classification regulations.