The methanol-fueled chemical tanker Grouse Sun, owned by NYK Bulkship (Asia) Pte. Ltd., an NYK Group company based in Singapore, was delivered on April 19. The vessel was built at Hyundai Mipo Dockyard in Korea.

Grouse Sun has been equipped with a dual-fuel engine that can use not only heavy fuel oil but also methanol. Furthermore, when navigating using methanol as fuel, the vessel has a new technology that suppresses the production of NOx (nitrogen oxides) by adding water to methanol to lower its temperature during combustion. As a result, the vessel can comply with the IMO’s stringent Tier III NOx emission standard* and contribute to environment-friendly transportation without the need for an exhaust gas recirculation (EGR) system and a selective catalytic reduction (SCR) device.

Under the management of NYK Shipmanagement Pte. Ltd., an NYK Group company, the vessel will be engaged in a long-term charter contract with Waterfront Shipping Limited, which is a subsidiary company of Methanex Corporation, the world's largest methanol producer. 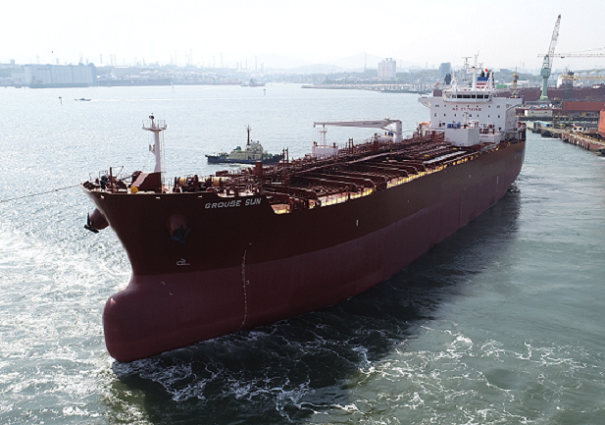 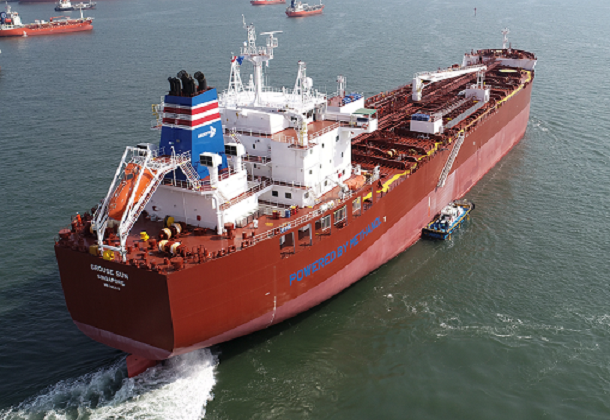 <About Waterfront Shipping>
Waterfront Shipping, a subsidiary of Methanex Corporation, is a global marine transportation company specializing in the safe, responsible and reliable transport of bulk chemicals such as methanol and clean petroleum products to major international markets in North America, Asia Pacific, Europe and Latin America. Waterfront Shipping operates the world's largest methanol ocean tanker fleet with its fleet comprising vessels from 3,000 to 50,000 deadweight tonnes. Its fleet of approximately 30 modern, deep-sea tankers forms a seamless transportation network dedicated to keeping an uninterrupted flow of methanol moving to storage terminals and customers' plant sites around the world. For more information, please visit www.waterfront-shipping.com/ .