While Kalimantan Leader was sailing from Belawan, Indonesia, to Jakarta, the vessel found eight fishermen fell into the ocean at the Strait of Malacca from a sunk fishboat, and rescued these fishermen immediately.
All the rescued eight fishermen are in good health and have been transferred to an Indonesian Coast Guard vessel on September 24 off Batam Island, Indonesia. 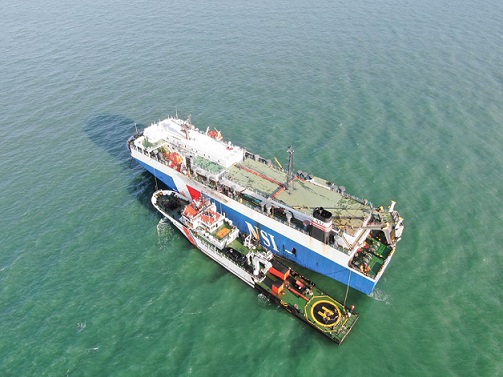