The NYK Group has provided support to a project being conducted by maritime volunteers in the town of Pembroke, which is south of Wales, to return ginkgo saplings linked to Admiral Togo, one of Japan’s greatest naval heroes. Yusen Logistics Co. Ltd. has provided free transport from Britain, and a ceremony for receiving the saplings was held at the Hiroshima Botanical Garden in Japan on December 24.

In the 1870s, the Japanese government donated the ginkgo tree to Britain, where Togo was furthering his naval studies, and the tree was planted in the yard of his dormitory. The tree has always been locally known to be linked to Togo, and this project was launched by residents of Wales to bring the tree’s saplings home to Japan.

Since 2017, branches and leaves have been cut to nurture about 30 saplings at the National Botanic Garden of Wales. After the trees have adapted to the environment at the Hiroshima Botanical Garden, they will be transplanted around next spring to the former naval base host cities of Kure in Hiroshima prefecture, Maizuru in Kyoto prefecture, Sasebo in Nagasaki prefecture, and Yokosuka in Kanagawa prefecture. Other destinations will include a shrine named after Togo in Tokyo’s Shibuya ward; the city of Kagoshima, which is Togo’s birthplace; and the site of his residence in Tokyo’s Chiyoda ward.

Yusen Logistics Co. Ltd. provided a total logistics service that included air transportation from the UK to Japan, import and export customs clearance, and delivery to the Hiroshima Botanical Garden.

The NYK Group hopes that the saplings transported to Japan will firmly take root in their new homes and deepen the relationship between the UK and Japan. 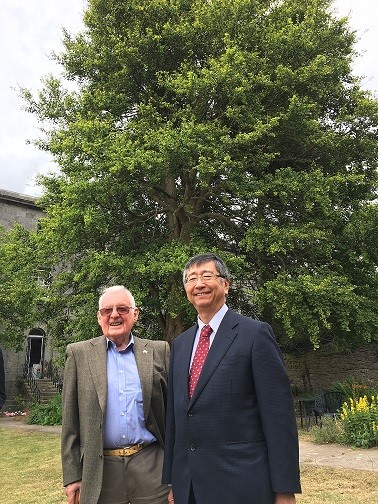 The ginkgo tree
Left; David James, a leader of the project
Right; Koji Tsuruoka, former Japanese ambassador to the UK 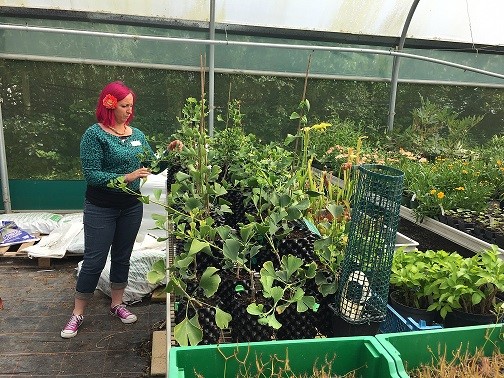 The saplings at the National Botanic Garden of Wales 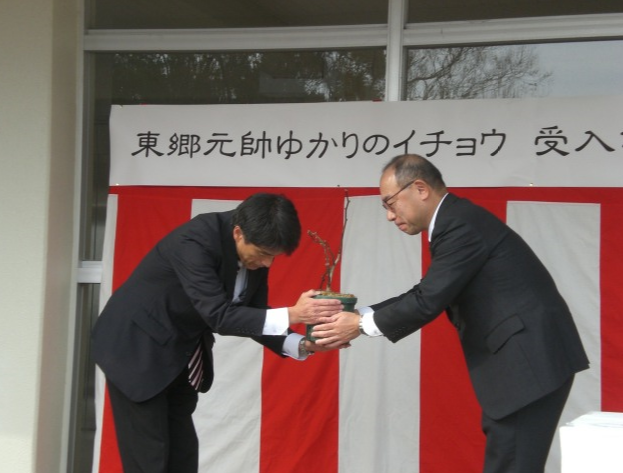 On December 24. the ceremony for receiving the saplings was held at the Hiroshima Botanical Garden in Japan.