During the months of November and December, NYK offered scholarships to 80 outstanding Chinese students at two maritime universities in China. This was the 19th consecutive year for NYK to demonstrate its corporate social responsibility (CSR) through the company’s dedicated support of maritime education.

On November 28, an awards ceremony was held at Shanghai Maritime University (SMU), where 36 students were recognized for their academic excellence and fine demeanor. They were encouraged to develop themselves into socially responsible and intelligent young Chinese having international visions. Those in attendance included Mr. Hiroyasu Takaizumi, NYK chief representative for China, and Mr. Shi Xin, vice president of SMU.

Mr. Takaizumi congratulated SMU on its 110th anniversary, celebrated in October, and reviewed NYK’s cooperation with SMU. Excellent graduates from SMU can be found in various NYK business sectors all over China, including Ocean Network Express (ONE) — a joint-venture liner company began by three Japanese shipping companies in April 2018 —and NYK bulk, car transportation and logistics divisions, among others.

Mr. Shi expressed his appreciation and respect to NYK for its long-term support in educating and training new generations of the shipping industry, and conveyed his conviction that the 110th anniversary of SMU is a new start of cooperation between SMU and NYK.

Since 2001, when the NYK Group initiated this CSR program, NYK has awarded dedicated scholarships to 1,210 students at SMU and DMU. The NYK Group will continue to support maritime education to contribute to global trade and society. 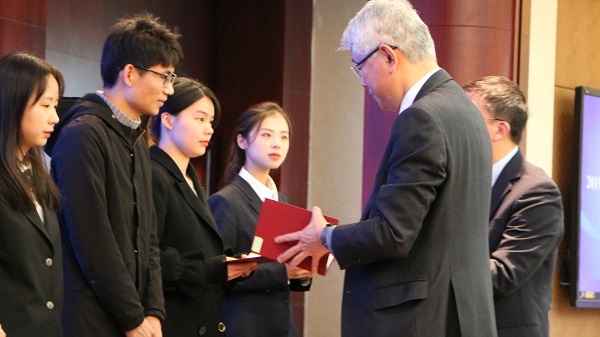 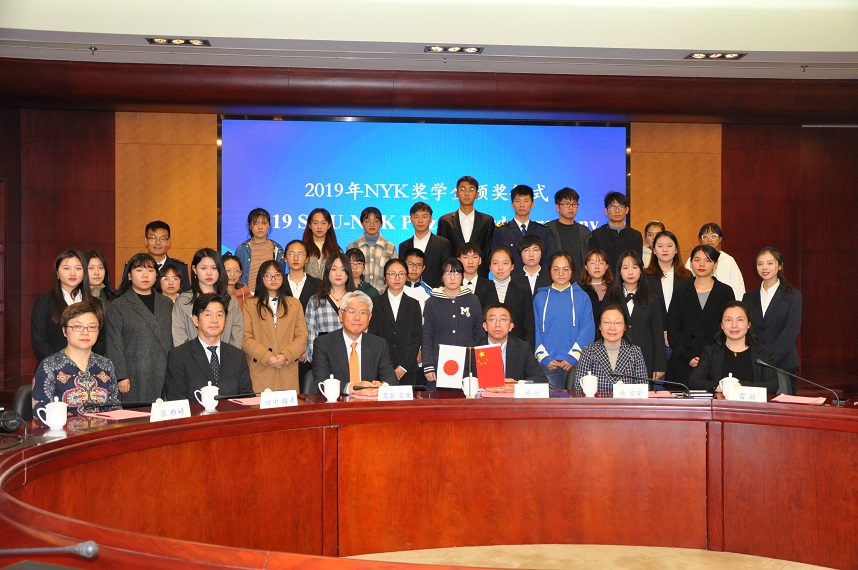 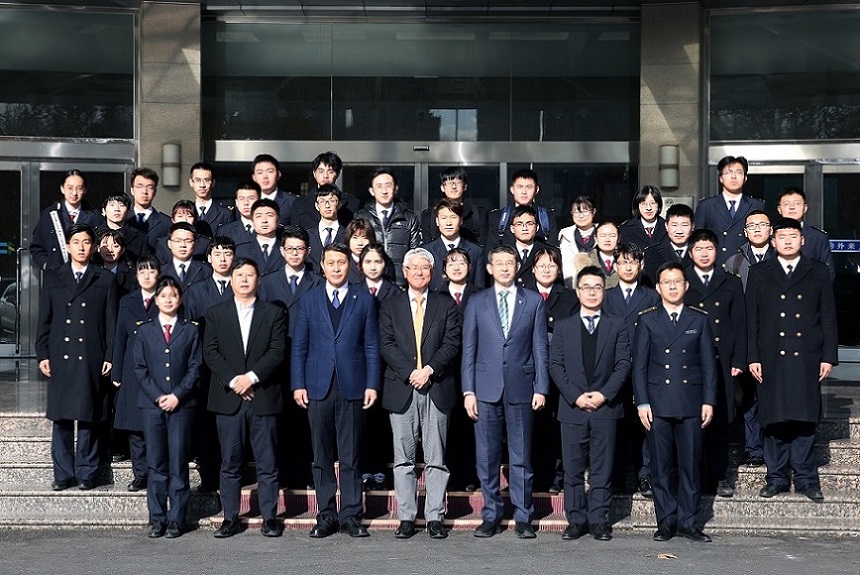