As a part of the NYK Mirai Project,* NYK successfully conducted an international short-term student-exchange program between the NYK-TDG Maritime Academy (NTMA), which NYK operates in the Philippines, and national maritime schools in Japan during the months of August through November 2019.

From August 28 to September 7, 16 students from four schools — i.e., Toyama, Oshima, Hiroshima, and Yuge colleges of the National Institute of Technology — travelled to the Philippines. During the visits, the students stayed at the NTMA dormitory and participated in study and activities at the school, and spent their weekend sightseeing and interacting with the NTMA students.

From October 27 to November 2, 11 students from NTMA travelled to Japan under the sponsorship of the Sakura Science Plan.** Students boarded Oshima college’s training ship and actively ask questions to the instructor. The students also attended graduate study at Kobe University, visited a training ship, tried a large ship-handling simulator, and learned about Japanese maritime education.

The students also visited NYK’s head office, as well as the deepwater drilling vessel Chikyu, the NYK Maritime Museum, NYK Hikawamaru, and Nippon Yuka Kogyo Co. Ltd. The students said that they had valuable experiences and were impressed by Japan’s maritime industry.

NYK will continue to stimulate an interest in the seafaring life by encouraging young adults to gain a global perspective.

The Sakura Science Plan invites people from Asian countries and others to Japan to participate in collaboration among industry, academia, and government, particularly experiences with Japanese science and technology. Since 2014, approximately 26,000 young people have visited Japan under this program. 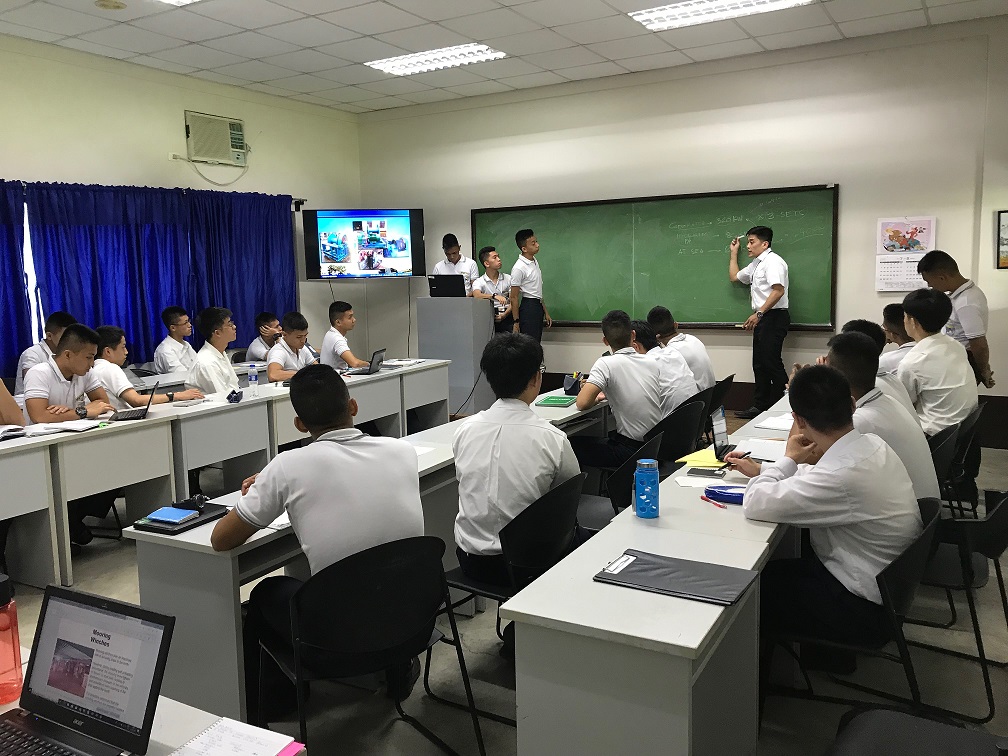 During class at NTMA 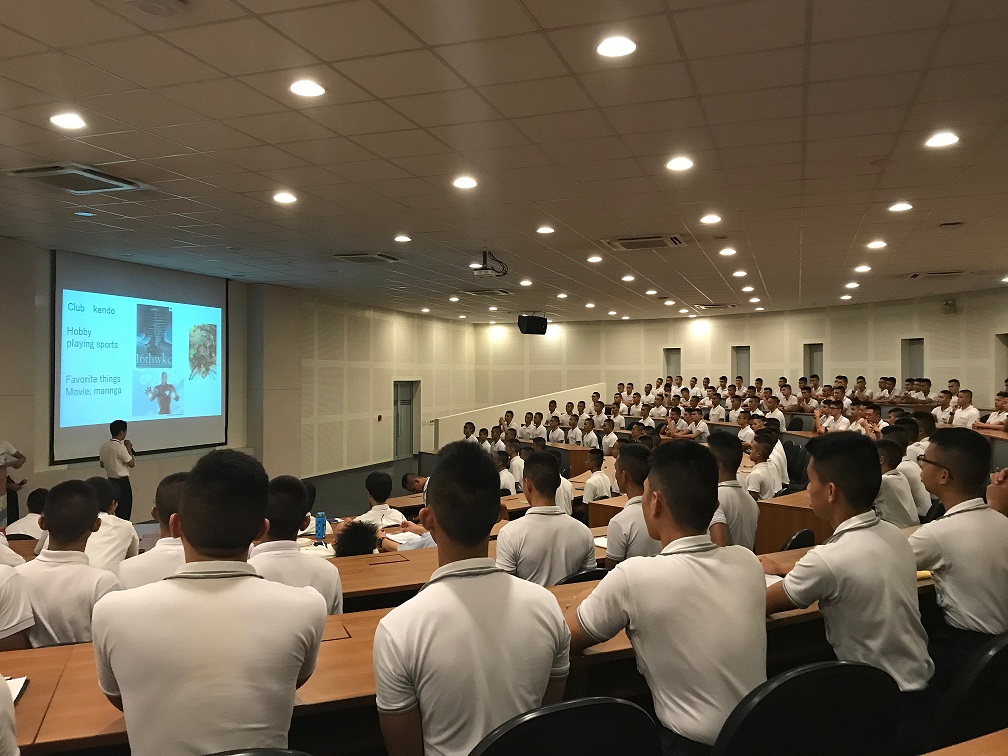 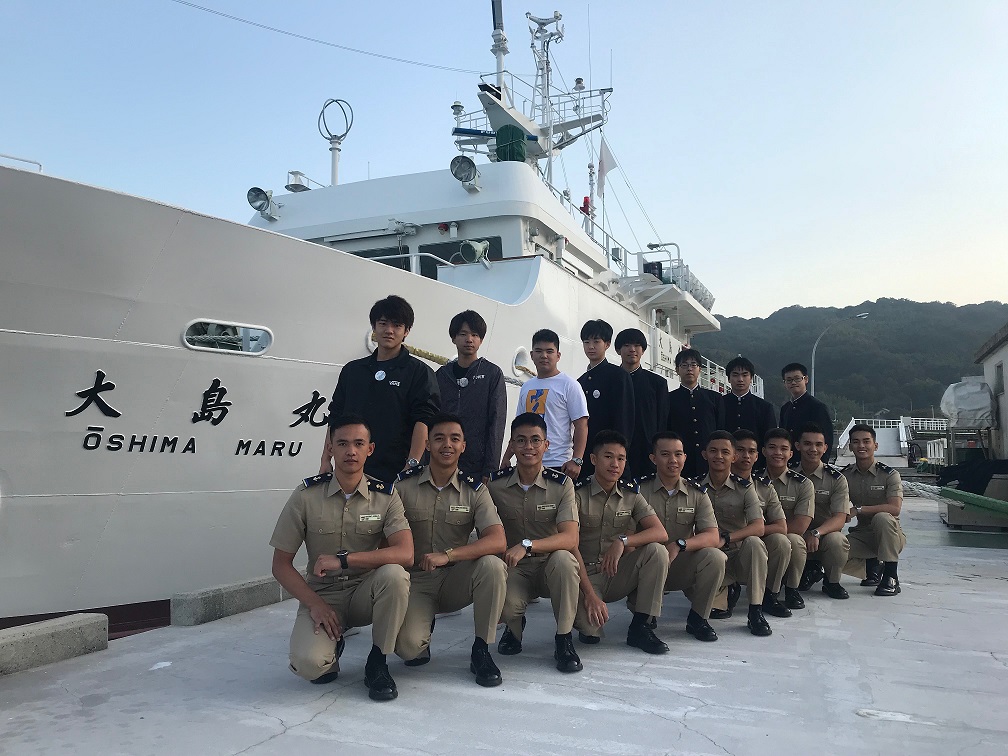 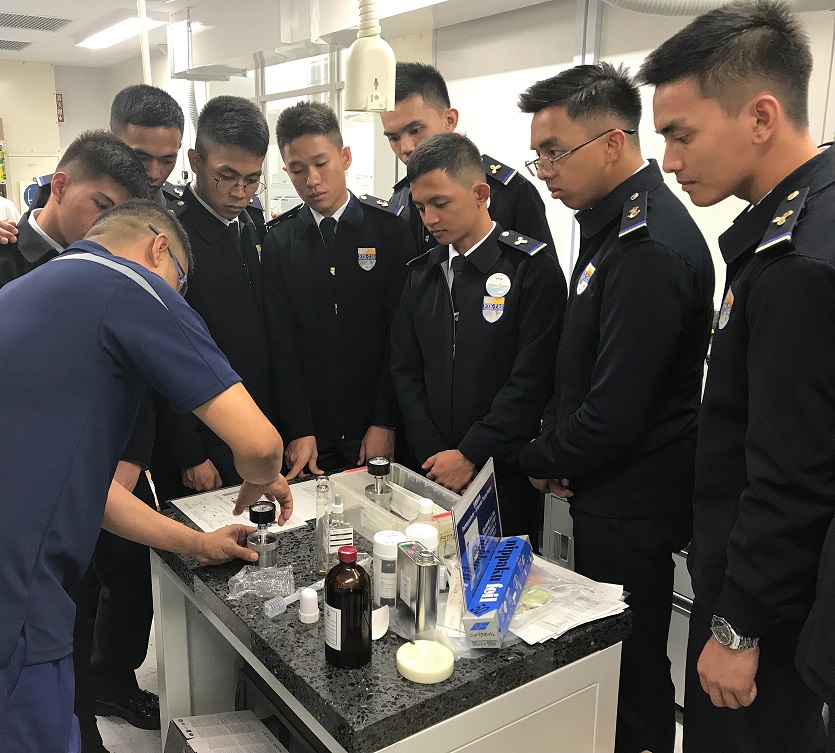