Today, NYK president Hitoshi Nagasawa marked the 134th anniversary of NYK’s founding by addressing company employees. A summary of his speech is provided below. 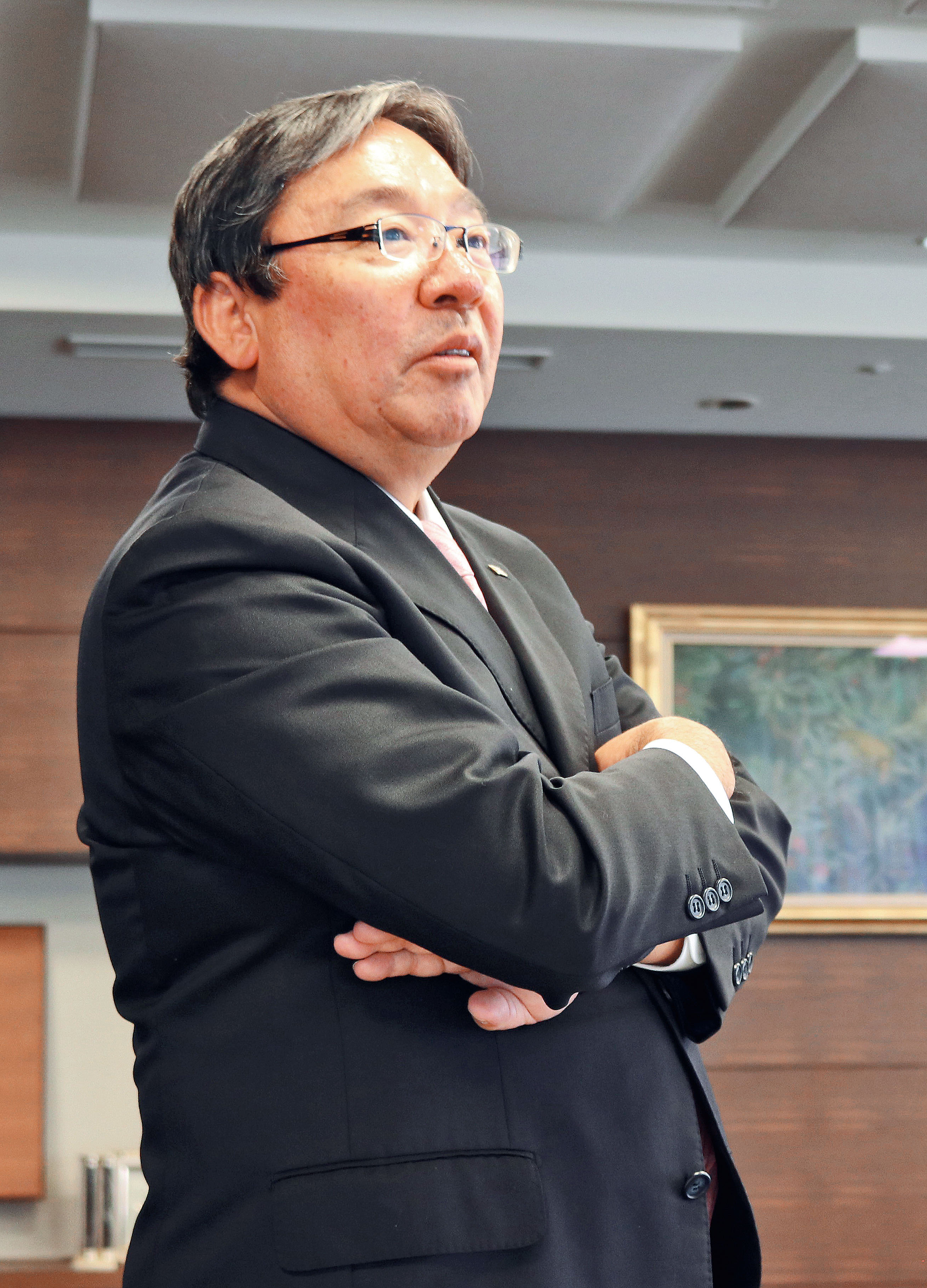 The recent business environment has become extremely complicated due to issues such as geopolitical risk and uncertain global cargo movements. Despite this, it is important to strongly believe that we can handle this without becoming unnecessarily pessimistic.

Looking back on the history of the group, we have overcome even more challenging business environments through the courage and steady efforts of our predecessors. I believe we have inherited our predecessors’ ability to overcome difficult situations such as these.


In the first quarter of this year, we recorded on a consolidated basis a recurring profit of 6.4 billion yen and a profit attributable to owners of the parent of 9.1 billion yen. We should of course not be satisfied with these figures, but the container shipping division’s return to profitability is evidence that we have overcome the difficulties faced following the merger. Also, the Automotive Transportation Headquarters has steadily linked to results the structural reforms centered on the rationalization of the routes, and I have a good feeling about the business. These achievements were not possible through the efforts of a single individual though. I am certain that when the employees of the NYK Group combine their strength and work together, we can overcome anything.

Going forward, we will soon face a major rule change involving bunker oil. We are working with the goals of “do not stop the ships” and “minimize the cost impact,” but given that the group operates about 800 vessels, it is certainly not an easy project. However, I believe that if our colleagues around the world combine their strength, our goals are definitely something we can achieve. Let’s remain focused until the very end and see the project through to completion.

A former head of the company left these words, “History is a series of changes. We should humbly learn from our predecessors who continued to battle these changes without ever giving in, and face the future with a sense of courage.”

In other words, we need to learn from our predecessors’ ability to overcome the difficulties faced over the years, feel their energy, and work toward the future with a sense of courage. I am repeating myself, but the recent business environment has been challenging, and it is not easy to be optimistic. However, we have inherited strong DNA and an ability to overcome unimaginable adversity. Believe in yourselves, believe in your colleagues, and work to create a new NYK Group.