On September 5 as part of the company’s Remember Naka-no-Se Campaign,* NYK conducted a crisis-response drill based on the scenario of a serious accident occurring on an NYK owned and operated pure car and truck carrier (PCTC) off the city of Shimoda on the Izu peninsula.

A summary of the drill is provided below.

A blackout occurred while the PCTC was sailing to Shimoda, and the ship then collided with a high-speed passenger ship. The PCTC’s cargo hold took on water from the damaged area, and some passengers from the passenger ship were tossed into the ocean.

1) NYK set up a crisis-management headquarters upon receiving an urgent report from the PCTC’s ship-management company about the accident.
2) NYK reported information about the accident to MLIT’s Maritime Bureau, the Japan Coast Guard, and related parties.
3) NYK considered how to recover from the blackout and rescue the passengers in the ocean by coordinating with MLIT, the Japan Coast Guard, the Maritime Disaster Prevention Center, and related parties.
4) NYK made press releases as the situation progressed and held a mock press conference where Takaya Soga, NYK managing corporate officer, and Tomoyuki Koyama, NYK managing corporate officer, explained the accident to the press.

NYK will further advance its safety management systems, positioning navigational safety as one of its most important tasks, and will aim to be a leading company in the safety field.

This campaign has been conducted every year to remind NYK Group members of the importance of safe operations and to ensure that lessons remain learnt from the oil spill that occurred in July 1997 from the VLCC Diamond Grace.

During the two-month campaign, over 300 NYK Group executives and employees visited about 150 vessels to exchange opinions and strengthen safety awareness between onboard crew and offshore staff under this year’s slogan of “2S” (Seiri = Sorting, Seiton = Setting-in-order). 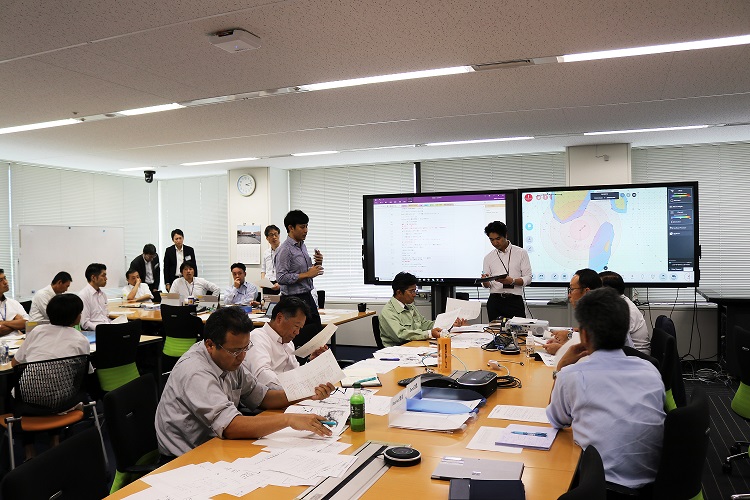 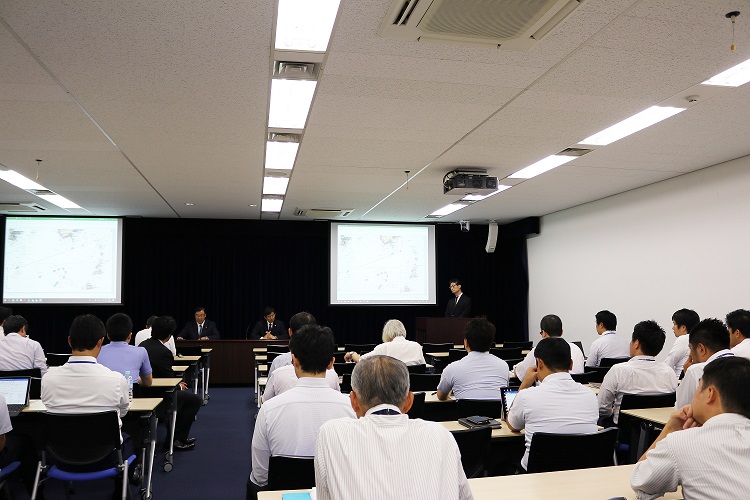 During the mock press conference