JMS offered a lecture about ships and used its ship-handling simulator to give the students the opportunity to try their hand at navigating a cruise ship from Osanbashi Pier in Yokohama through the narrow Kanmon Straits, a busy waterway known for its strong tidal flow. Comments included, “Unlike cars, I found that the ship continued to bend even when I returned the steering wheel” and “I felt reality and was impressed handling such a huge vessel.”

The company looks forward to continuing to encourage children’s interest in ships and nurturing a greater awareness of maritime affairs. 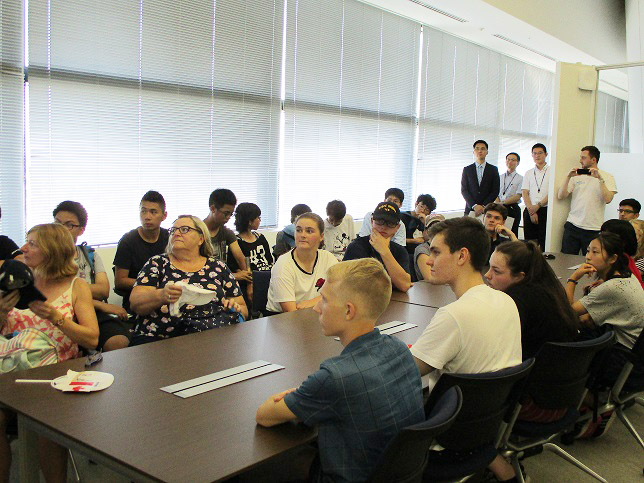 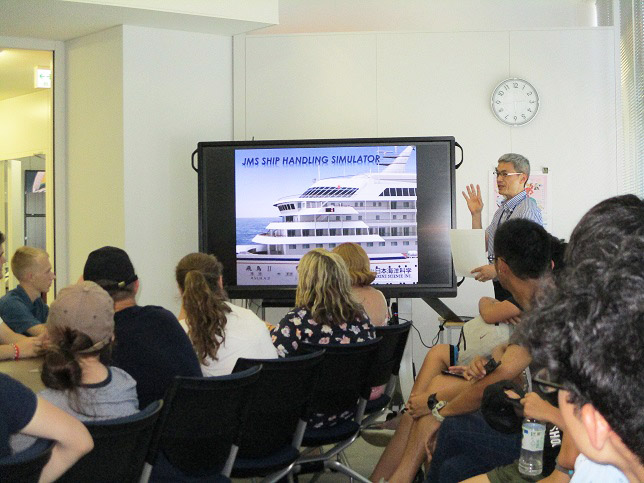 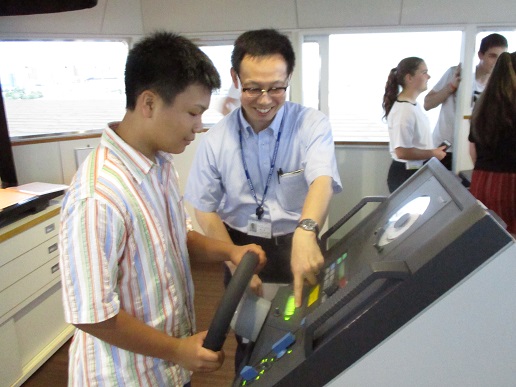 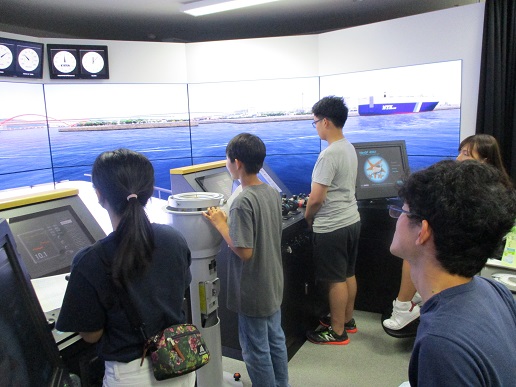 Trying out the ship-handling simulator