NYK welcomed 35 students and their professor from the Netherlands’ Delft University of Technology (TU Delft) on July 30 to examine the group’s initiatives for “Digitalization and Green,” the theme of the company’s medium-term management plan.

Prof. Mirek Kaminski of TU Delft is a leading European researcher on sloshing* and has cooperated with risk assessments conducted by MTI, an NYK Group company, into sloshing on LNG carriers.

The students received lectures from NYK about its digitalization and green initiatives, including the group’s LNG-fueled vessels (green), the NYK Super Eco Ship 2050 (SES2050) concept ship (green),* offshore wind power generation in Japan (green), manned autonomous operations (digitalization), and the utilization of the group’s Ship Information Management System (digitalization), among others. The group’s safety measures and crisis response system were also introduced, and the students were given the opportunity to experience the operation of J-Marine NeCST,*** a ship navigation support tool.

Many questions were raised by the students about the development status of each technology proposed for use on SES2050, including more details about NYK’s safety measures, and the scholars were able to deepen their understanding of NYK’s activities and the shipping industry.

* Sloshing refers to the intense movement of liquid cargo such as LNG in the tank due to the motion of the ship’s hull. 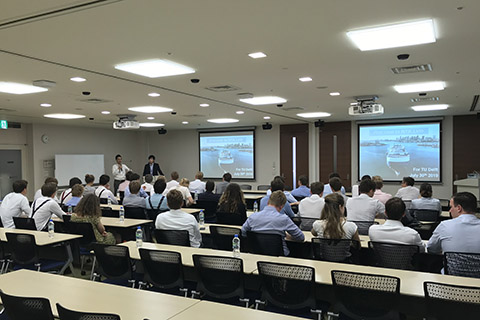 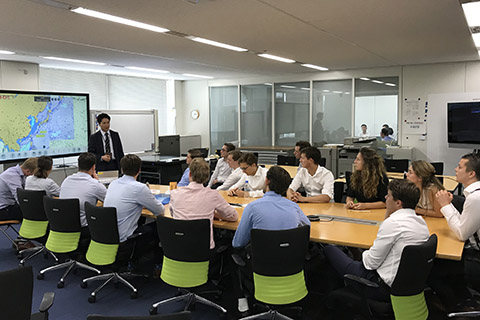 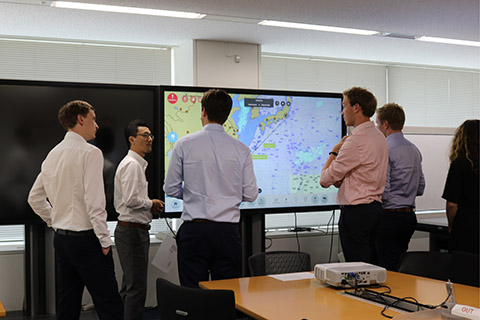