Today, NYK, together with Kyushu Electric Power Co. Inc., Saibu Gas Co. Ltd., and The Chugoku Electric Power Co. Inc., successfully conducted a truck-to-ship liquefied natural gas (LNG) bunkering demonstration at the port of Kitakyushu. This operation is the first LNG bunkering in the Setouchi and Kyushu areas of western Japan and advances the four companies’ discussions on the commercialization of a new business in the area.

The LNG fuel was loaded onto a tank truck at the Hibiki LNG terminal in Kitakyushu city, trucked to a pier in the Asano district, and then supplied to the LNG-fueled tugboat Sakigake* using the truck-to-ship method.** 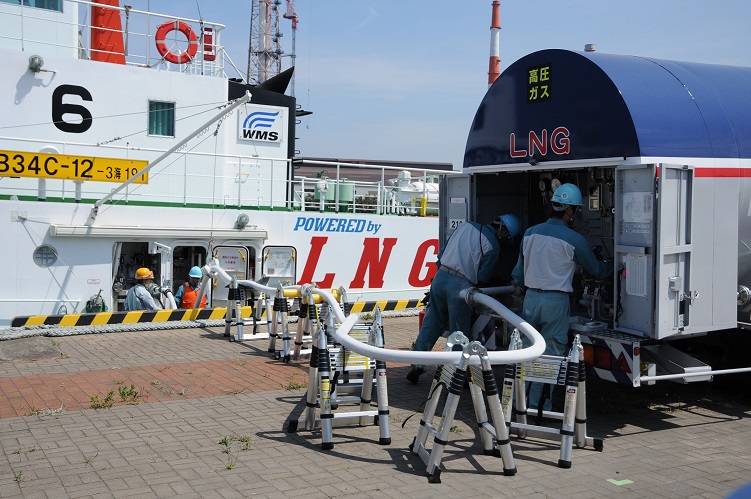 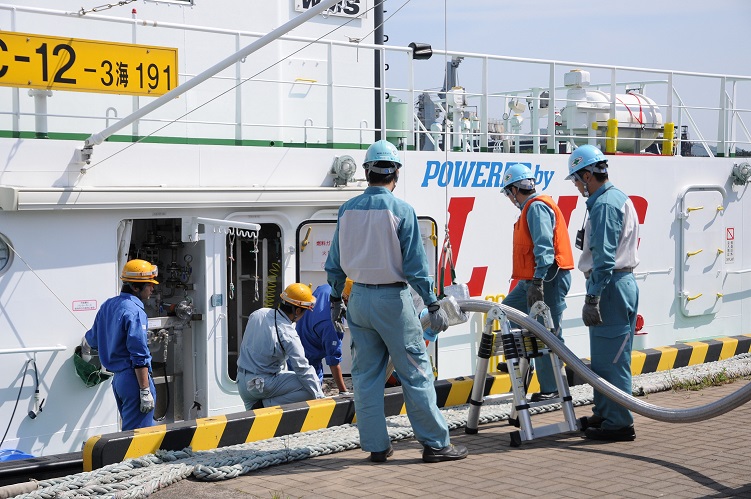 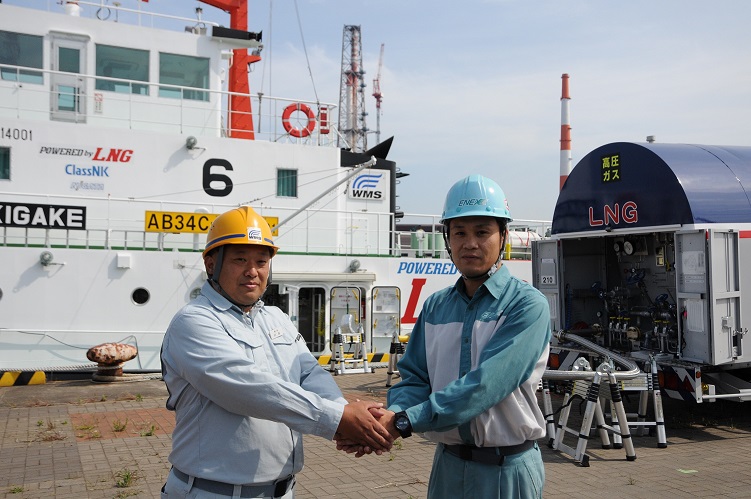 * Sakigake
Japan’s first LNG-fueled tugboat. Delivered in August 2015, the tug is owned by NYK and operated by Wing Maritime Service Corporation, an NYK Group company. For this demonstration, Sakigake sailed to Kitakyushu from the port of Kawasaki in Yokohama prefecture.

** Truck-to-ship method
A method of bunkering where LNG is supplied to a ship at pier through a hose that stretches from a tank truck parked at the quay. 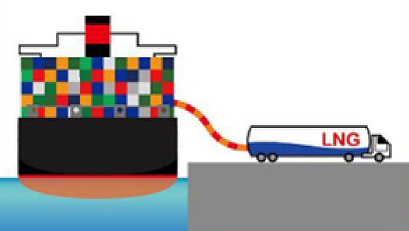 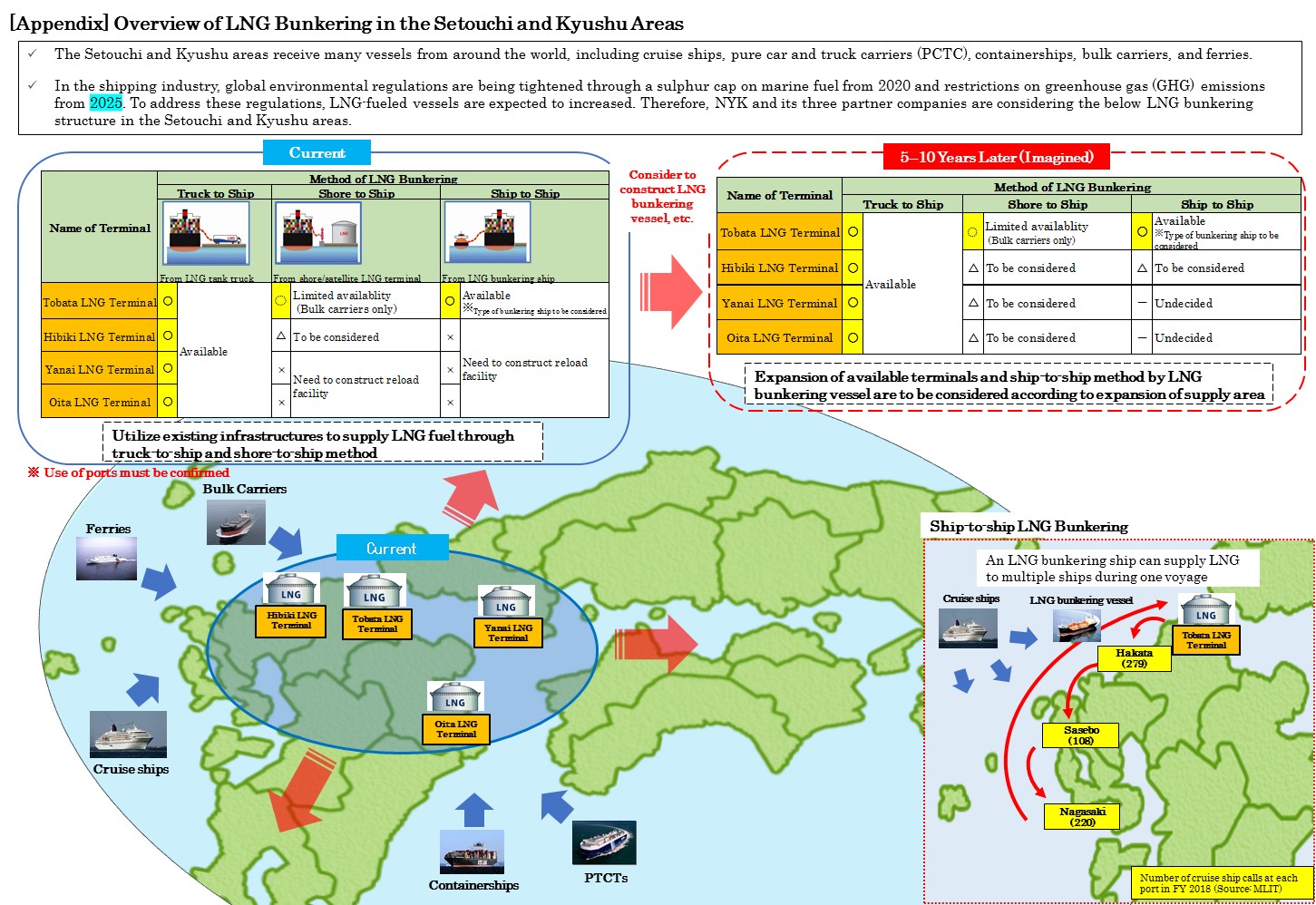