As a part of the NYK Mirai Project,* NYK once again sponsored a booth at the spring “Manabi no Fes” (Festival of Learning), which was held on April 3 at the Japan Science Foundation’s museum in central Tokyo. Young NYK officers and engineers introduced ships and seafaring jobs to many children.

This event was organized by the Mainichi Shimbun, one of Japan’s major newspapers, to provide children with the opportunity to learn about jobs at companies that might not be familiar to the children. Thirty-five companies and organizations exhibited at the event, which was attended by about 1,800 children and parents.

This was the fifth time for NYK to participate in this event. The NYK display featured a ship-handling simulator that included balloons to help the children understand how to navigate a ship. Children enjoyed the simulator challenge of piloting a ship through Osaka Bay, which is known to be an area of Japan that experiences heavy vessel traffic. At the engineer corner, children enjoyed using unfamiliar tools to take apart an engine.

At the end of the NYK’s event, children interacted with the J-Crew Project’s mascots and could elect to be photographed in a captain’s uniform. These closing interactions were cosponsored by the All Japan Seamen's Union and the International Mariners Management Association of Japan. 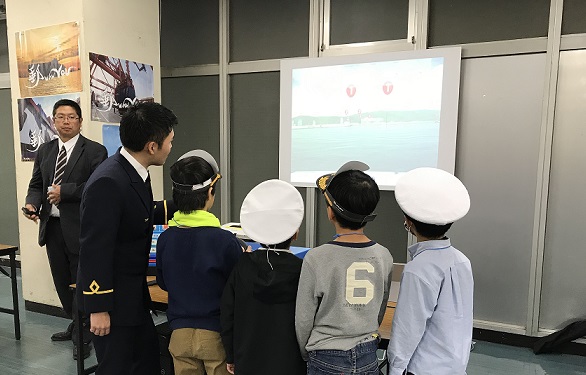 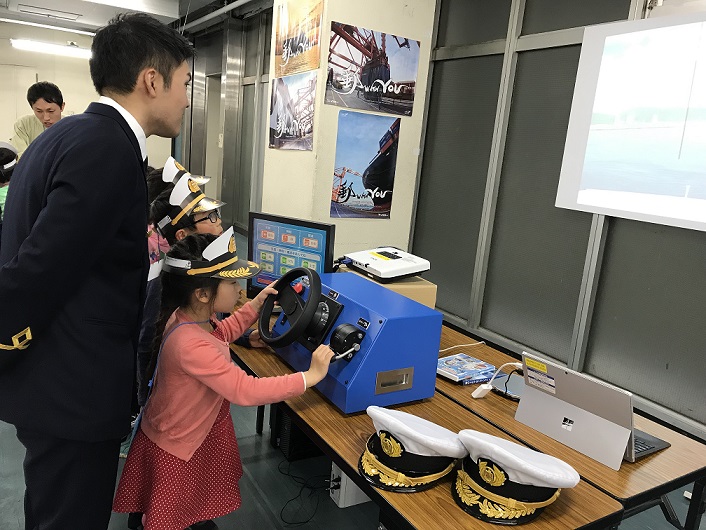 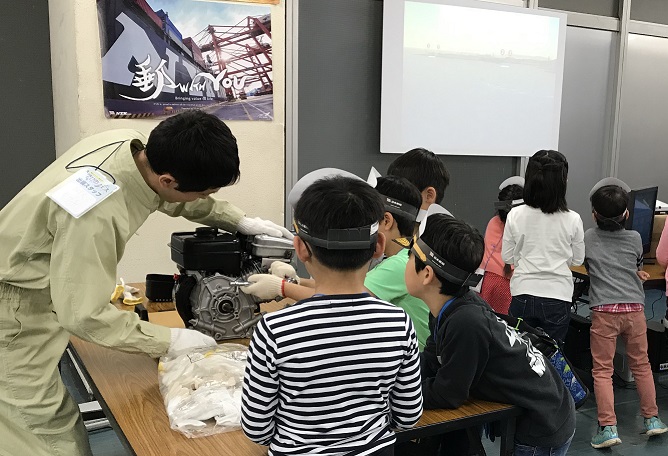