As a part of the NYK Mirai Project,* NYK introduced the role of a shipping company and the responsibilities of seafarers at a March 2 forum sponsored by a committee promoting maritime education to young people in Japan.

Before a group of 30 that included high school students, university students, and local residents, an NYK engineer spoke about the role of the shipping industry, provided an outline of a large vessel, compared transportation by ship with that of aircraft, quizzed about the various kinds of vessels, and explained the life and duties of navigators and engineers on board.

Feedback received from participants included the following:
-- “I heard from a seafarer for the first time, and I was very interested.”
-- “I realized how the shipping industry supports our life — much more than I imagined.”

NYK looks forward to continuing the NYK Mirai Project to encourage interest in seafaring among children. 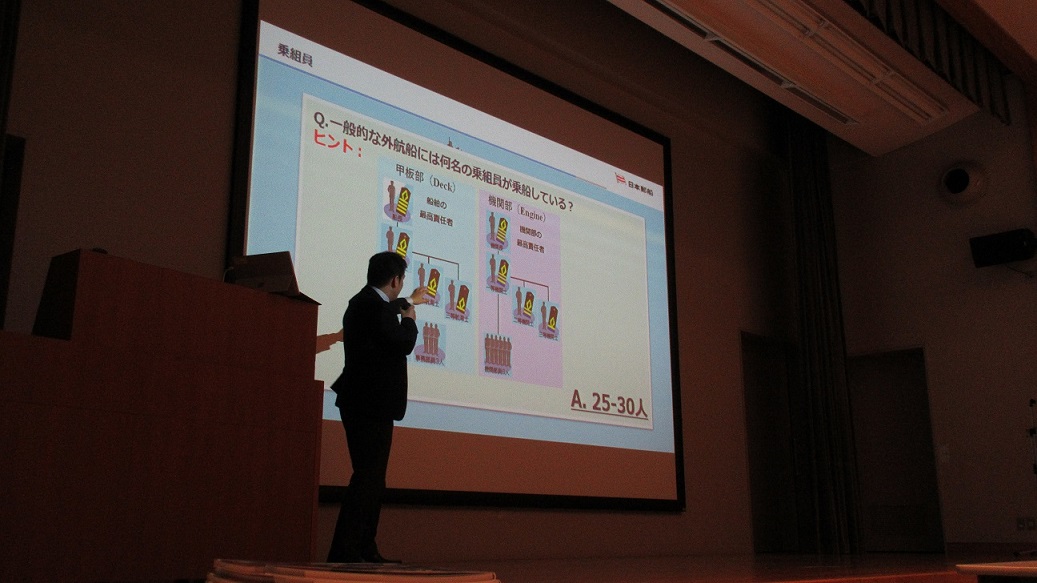 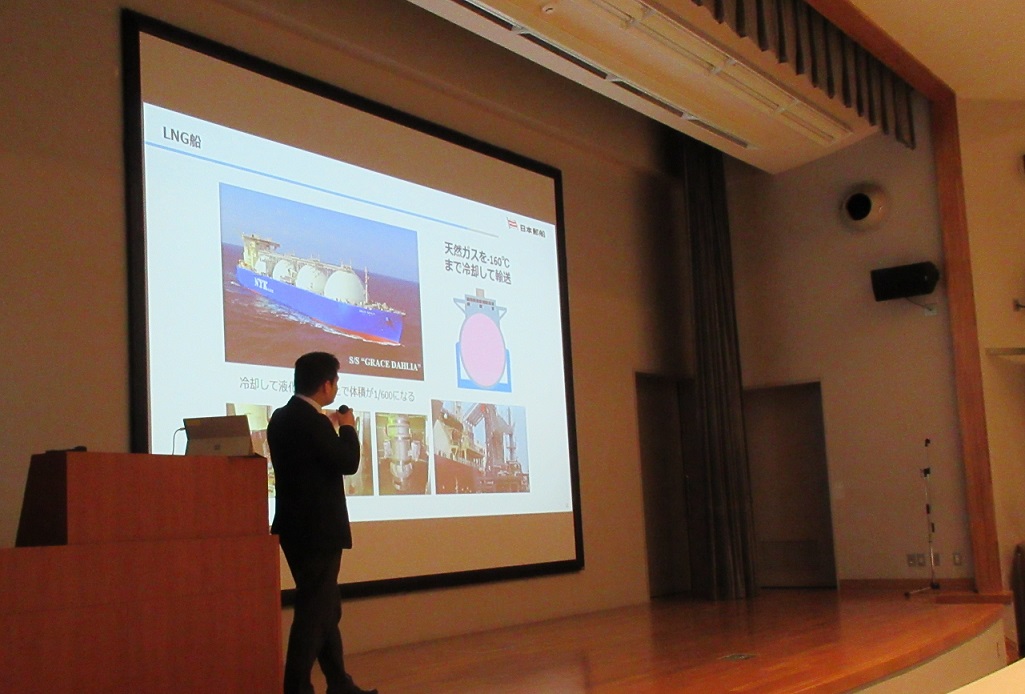