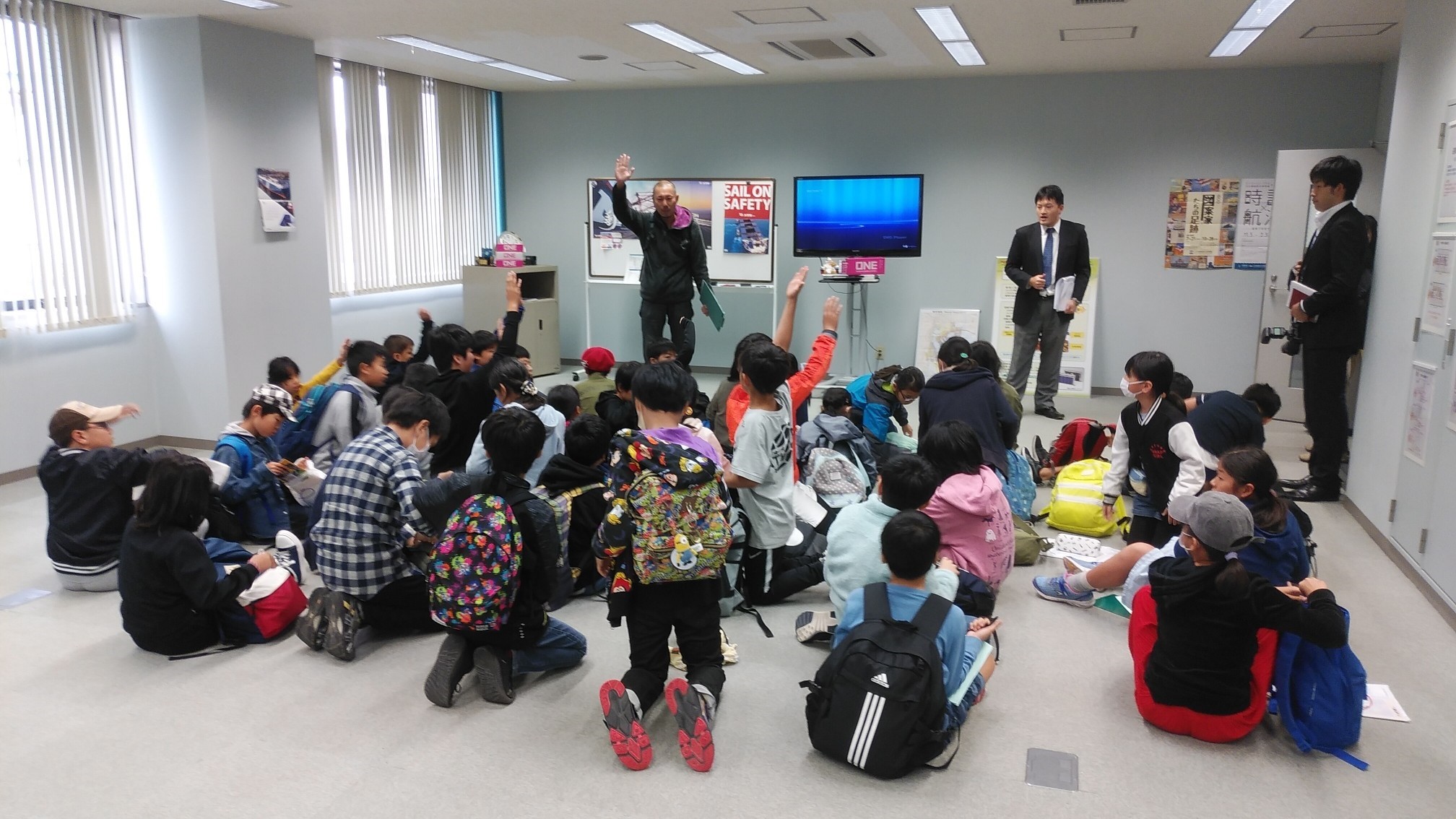 During the briefing
NYK welcomed 120 elementary students from Nakano-ku, Tokyo, to its Tokyo container terminal on October 19 at the request of The Japanese Shipowners' Association. This was a good opportunity for many of the children to become familiar with and gain a greater awareness of maritime affairs, which is the aim of the NYK Mirai Project.*

For the visit, Michiya Shiraishi, a ship captain and manager of the Tokyo Terminal Office at NYK’s Yokohama branch, new employees who had joined NYK as seafarers in October 2018, and other related staff attended to the students and explained that the Tokyo port plays an important role as a logistics hub supporting life and industry in the capital area. The merits of container transport were also explained, as were the various types of marine containers according to the cargo being shipped. Afterward, the students went to the roof of the terminal building to get a grand view of the entire terminal from above, and then toured the terminal area by bus, watching closely the large container handling gantry cranes. 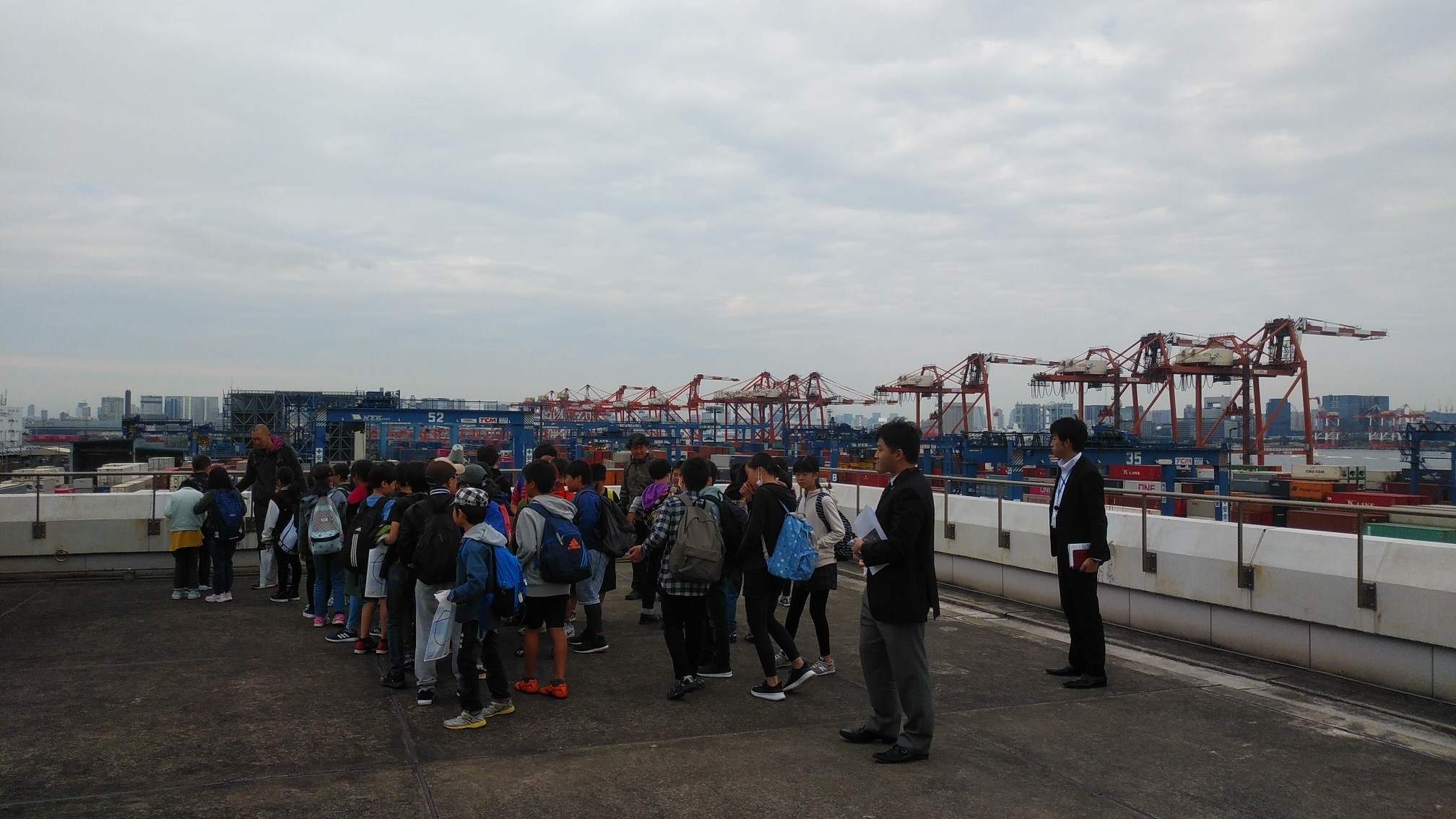 At the roof of the terminal building
The company looks forward to continuing the NYK Mirai Project to encourage interest in seafaring among children.