On October 18, a testbed was established for an Internet of Ships Open Platform (IoS-OP), and for the test NYK provided a next-generation onboard IoT platform that the company has been developing with MTI Co. Ltd., an NYK Group company, and Nippon Telegraph and Telephone Corporation (NTT).

The NYK Group will proactively make use of the IoS-OP to improve safety and reduce environmental loads, and thus create an innovative, new business model.

The IoS-OP consortium was launched in June 2018 by ShipDC, a ship data center established by Nippon Kaiji Kyokai (Class NK) aimed at establishing an open and common platform to utilize data collected from vessel operation throughout the entire maritime industry. NYK joined as core member of the consortium, which includes 45 other companies, including shippers, shipyards, and manufacturers.

When conducting the test by satellite for transmitted and received data between onboard data-collecting equipment and equipment onshore, many limitations exist due to the arrangement between related parties, ship schedules, etc. To solve this problem, ShipDC established a testbed for IoS-OP at an NK information center located in Chiba, Japan, so as to be able to conduct tests in an environment that is very similar to the one found on board.

The NYK Group previously worked to gather and use operation data from 2008, and was able to reduce fuel consumption and detect engine failure at an early stage. Moreover, from last September the NYK Group teamed up with the NTT Group to develop a next-generation onboard IoT platform by adding a new system that would enable the remote distribution and management of onboard applications from land offices. This IoT platform complies with ISO19847/19848 (standard for shipboard data servers to share field data on the sea and standard data for shipboard machinery and equipment).

NYK is providing this next-generation onboard IoT platform testbed so that the consortium will be able to test software that needs to be frequently updated and collect data through a standardized system. The NYK Group expects this will accelerate data collecting and further optimize data use.

The NYK Group will proactively make use of the IoS-OP to improve safety and reduce environmental loads, and thus create an innovative by making use of the latest digital technology, such as autonomous operation technology and condition-based maintenance to create solution.

In its medium-term management plan “Staying Ahead 2022 with Digitalization and Green” released in March, NYK announced a strategy to achieve sustainable growth. The NYK Group will continue to advance digitalization by collaborating with various partners and making use of the group’s operational expertise and accumulated data to create new value. 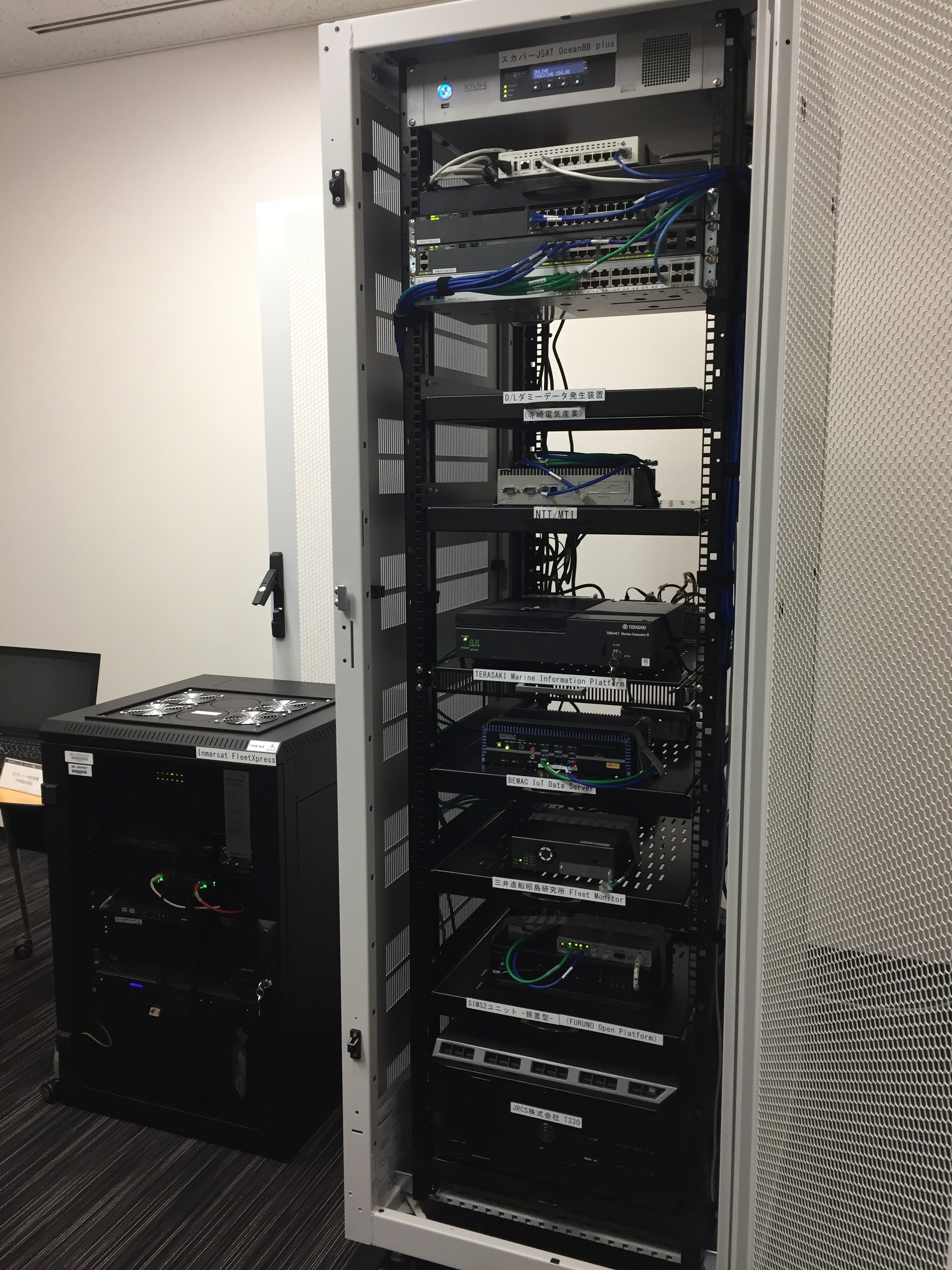