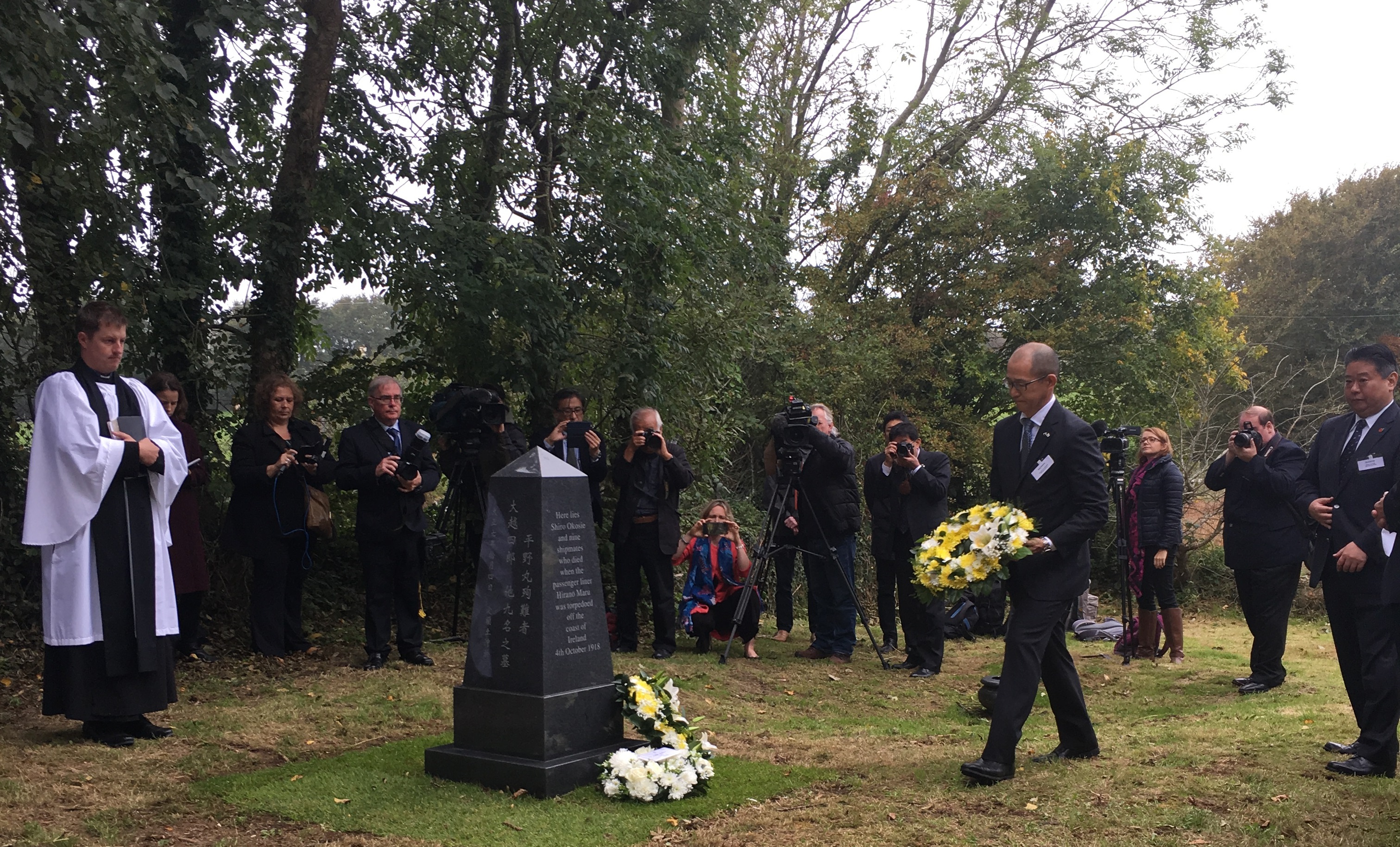 Keiji Kubota, executive vice president and COO of NYK
Group Europe laying a wreath at the cenotaph (right)
On October 4, an unveiling ceremony was held in Wales, U.K., for a cenotaph honoring the sailors of Hirano Maru, a cargo-passenger ship sunk by a German U-boat exactly 100 years ago on October 4, 1918, a month before the armistice.

Keiji Kubota, executive vice president, chief operating officer of NYK Group Europe Ltd. attended the event and offered his deepest compassion for the repose of the souls of all those who perished, and his gratitude to a local maritime volunteer group for its efforts to establish the cenotaph to convey the tragedy of war and honor the victims. 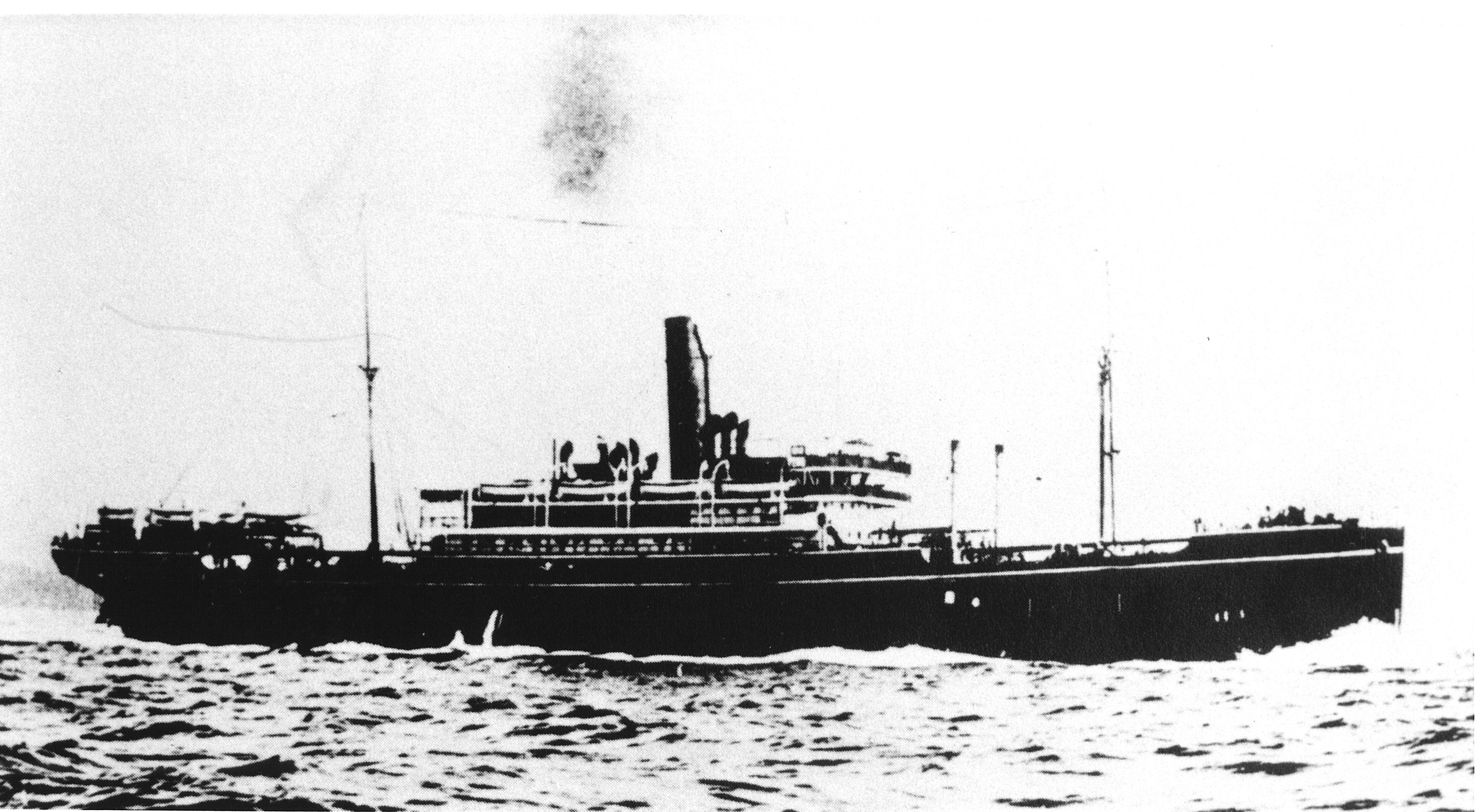 Hirano Maru
Hirano Maru was delivered in 1908, and began a cargo-passenger service afterward between Yokohama and Liverpool. While sailing off the coast of Wales in 1918, the vessel was torpedoed by a German U-boat, killing 210 crew members and passengers. A number of bodies washed ashore in Wales, and locals kindly buried them and made a wooden grave marker, which will be replaced by the cenotaph.

NYK recognizes again the tragedy of war, and the value of keeping the company’s history alive.