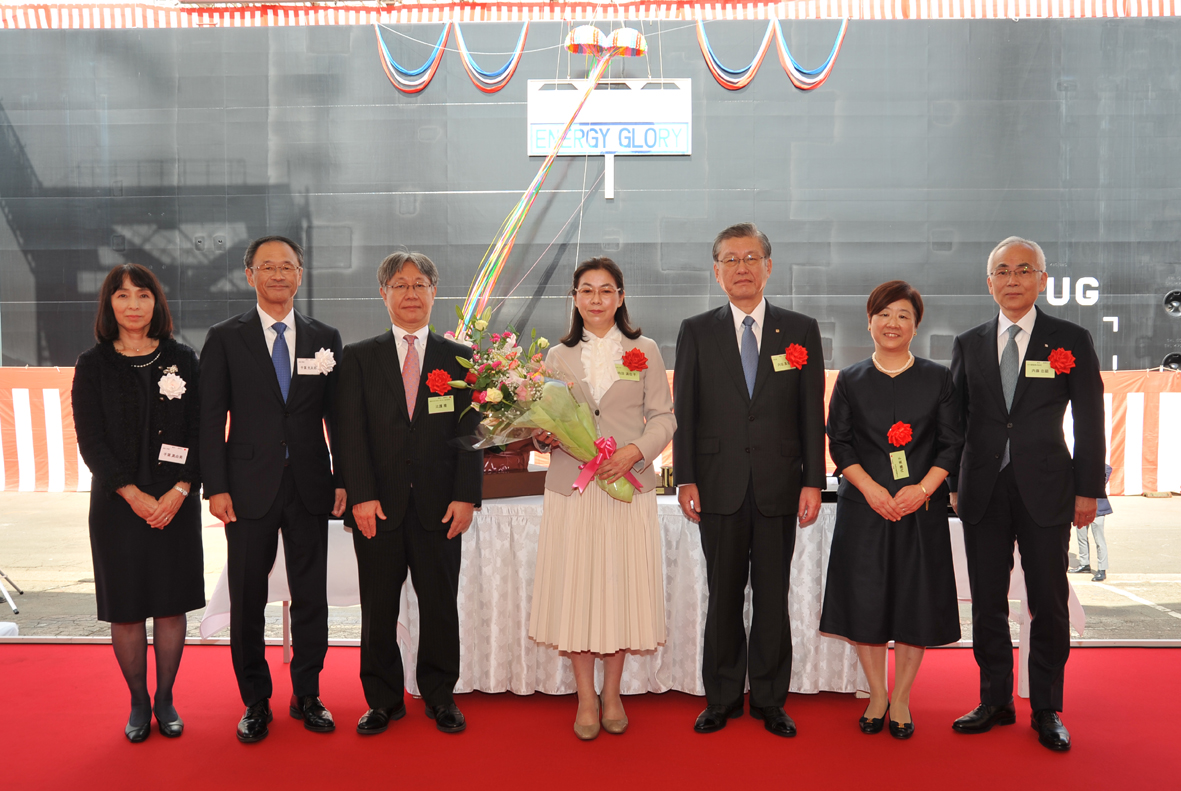 At the ceremony, Takashi Uchida, president at Tokyo Gas, named the ship “Energy Glory,” and his wife cut the ceremonial rope holding the vessel in place. NYK president Tadaaki Naito was also in attendance.

Energy Glory is the third vessel to be jointly owned by NYK and Tokyo LNG Tanker (Tokyo LNG Tanker 70%; NYK 30%), and after delivery the ship will be mainly used over the next 20 years for LNG transportation from the Cove Point LNG project in the United States.

This new carrier is equipped with an SPB design** that allows for robust propulsion and reduced fuel consumption, and comes with a tri-fuel diesel electric propulsion system*** that can use low-sulfur fuel oil. The ship will thus be able to mitigate environmental burdens.

*** A system to generate electric power from a diesel engine fueled with low-sulfur oil, heavy oil, or gas. Propulsion is conveyed to the propellers by an electric motor. 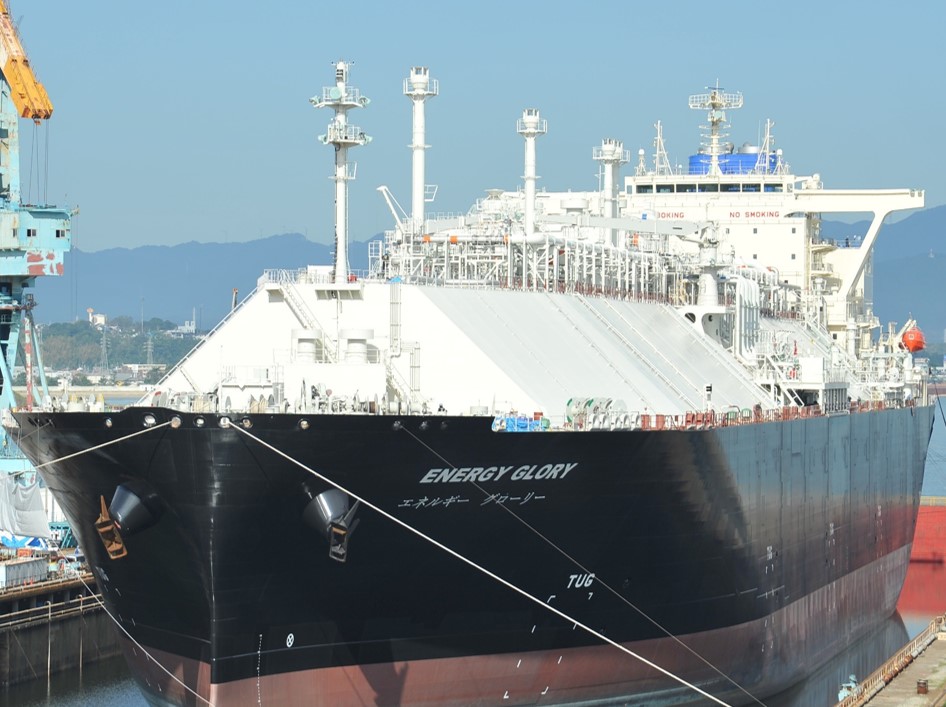