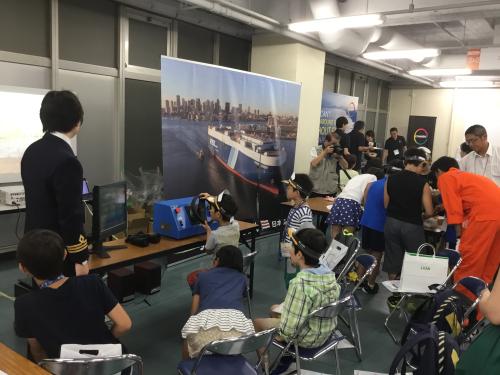 As a part of the NYK Mirai Project,* NYK sponsored a booth that introduced oceangoing ships and the appeal of the seafaring life to children at the summer 2018 “Manabi no Fes” (Festival of Learning) held on August 22 at the Japan Science Foundation’s museum in central Tokyo.

This event was organized by the Mainichi Shimbun, one of Japan’s major newspapers, to provide children with the opportunity to learn about jobs at companies that might not be familiar to the children. Thirty-seven companies and organizations exhibited at the event, which was attended by about 1,800 children and parents chosen by lot.

This was the fourth “Manabi no Fes” for NYK, and the company gave the children the opportunity to navigate a car carrier via a ship-handling simulator, and helped the children to disassemble an engine using an engine kit. 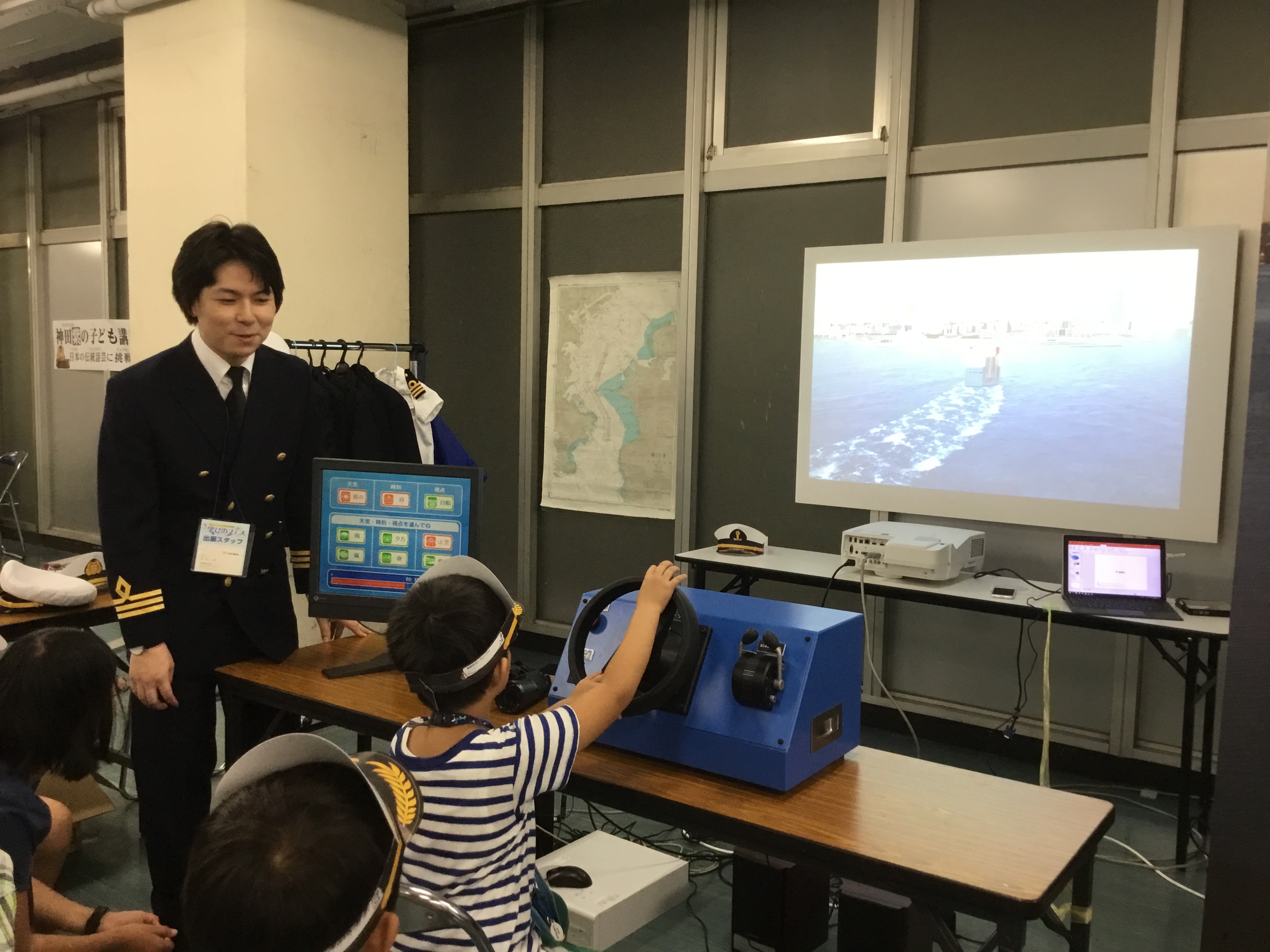 Many children enjoyed the simulator challenge of piloting a large ship with NYK officers and commented about the poor visibility in stormy weather and the inability to turn due to wind and waves. At the engineering corner, children curiously took apart an engine, and reassembled it again with the assistance of an NYK engineer.

A photo area was set up and cosponsored by the All Japan Seamen's Union and the International Mariners Management Association of Japan, and many children enjoyed interacting with the J-Crew Project’s mascots and being photographed wearing uniforms, including the captain’s.


* NYK Mirai Project
This project consists of a series of activities that nurture greater awareness of maritime affairs and the seafaring life among Japan’s youth so that they can develop interest in the maritime industry and consider careers at shipping companies. The project was launched at the end of 2014.