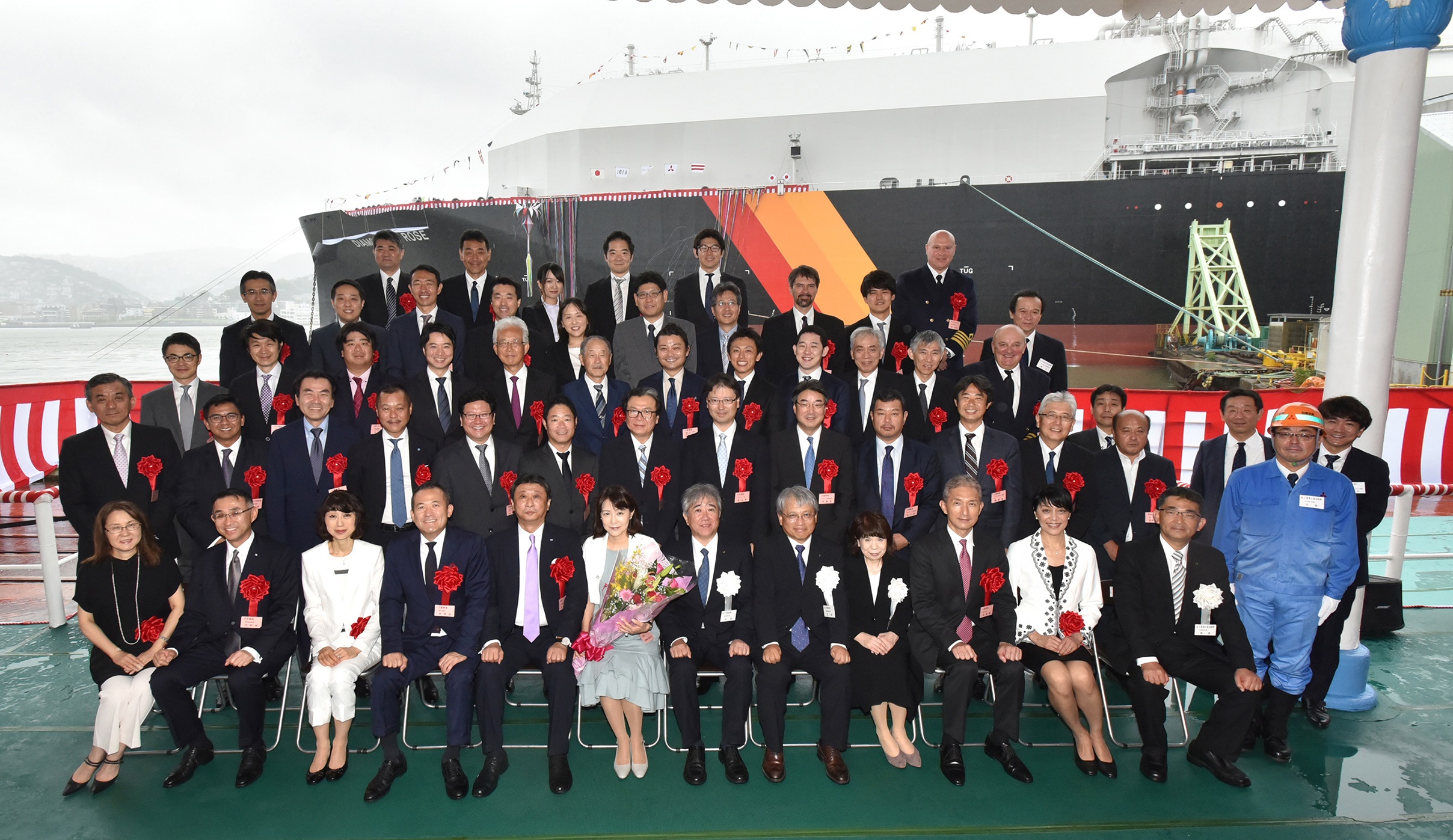 On July 6, a naming ceremony was held at the Nagasaki Shipyard of Mitsubishi Heavy Industries Ltd. for a new liquefied natural gas (LNG) carrier co-owned* by NYK and Mitsubishi Corporation (MC).

The new vessel is the second LNG carrier that NYK and MC have under a long-term time-charter contract with Diamond Gas International Pte. Ltd.** The ship was named “Diamond Gas Rose” by Hiroki Sato, senior executive vice president of JERA Co. Inc., the purchaser of the LNG.

As was the case with Diamond Gas Orchid, the ship’s sister delivered in June this year, Diamond Gas Rose is a Sayaringo STaGE*** LNG carrier equipped with a next-generation LNG cargo tank structure and propulsion system. After delivery on August 1, 2018, the ship will, like its sister, transport LNG from the U.S. state of Louisiana for the Cameron LNG project, in which NYK and MC both have a stake, as well as from other locations around the world. The NYK Group will be responsible for ship management.

*** Sayaringo STaGE
A next-generation LNG carrier, which has a continuous steel cover that reduces ship weight and air resistance while increasing LNG-carrying capacity. The name “Sayaringo” is derived from the fact that the upper semi-sphere of the tank is larger than the lower semi-sphere, resembling the shape of an apple (“ringo” in Japanese) covered by a pod of a pea (“saya” in Japanese). In addition, the ship is equipped with a hybrid propulsion system named STaGE (Steam Turbine and Gas Engines), a highly efficient reheating steam-type marine turbine, and a dual-fuel diesel engine capable of operating on both gas and oil, which creates a highly fuel efficient propulsion system. 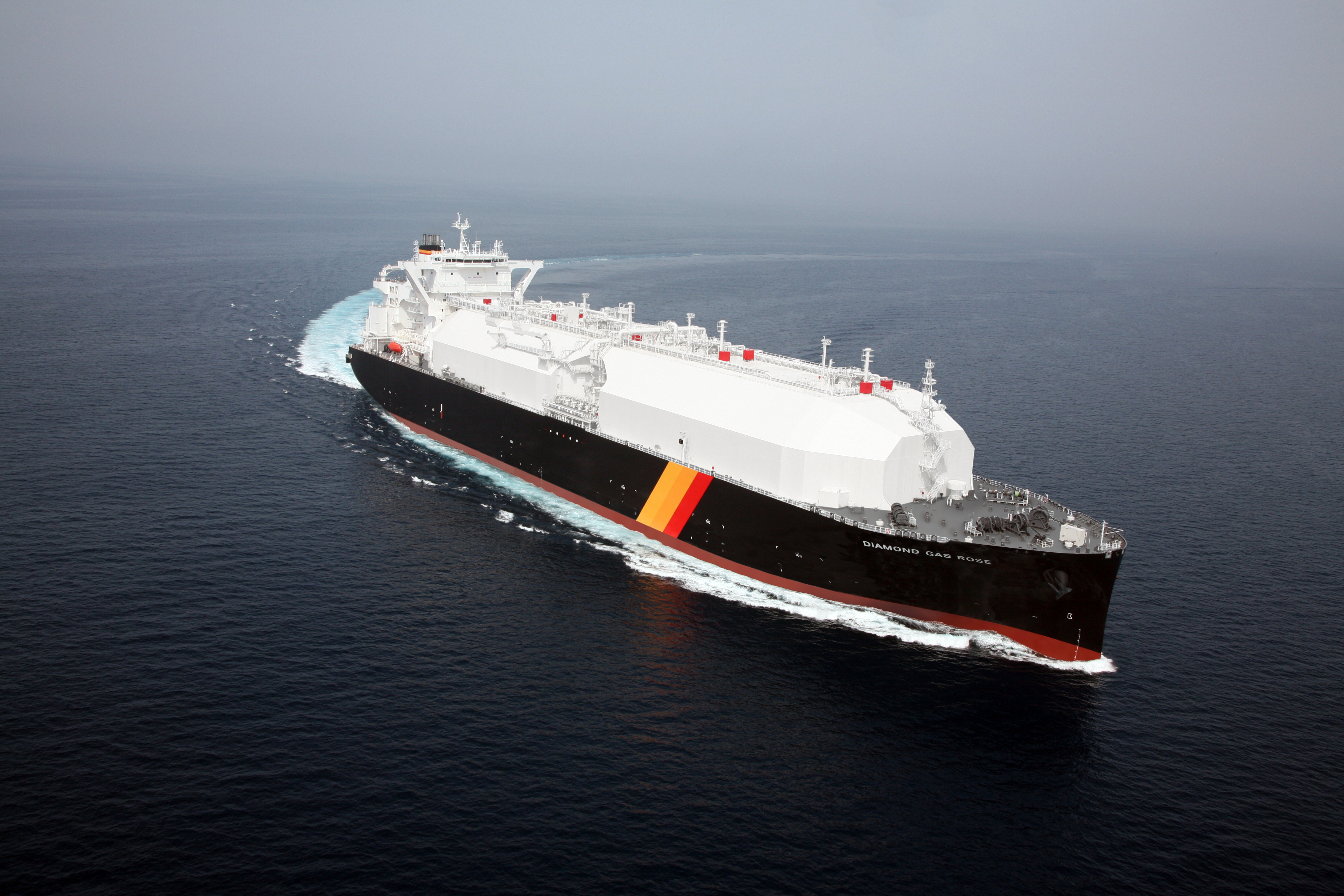