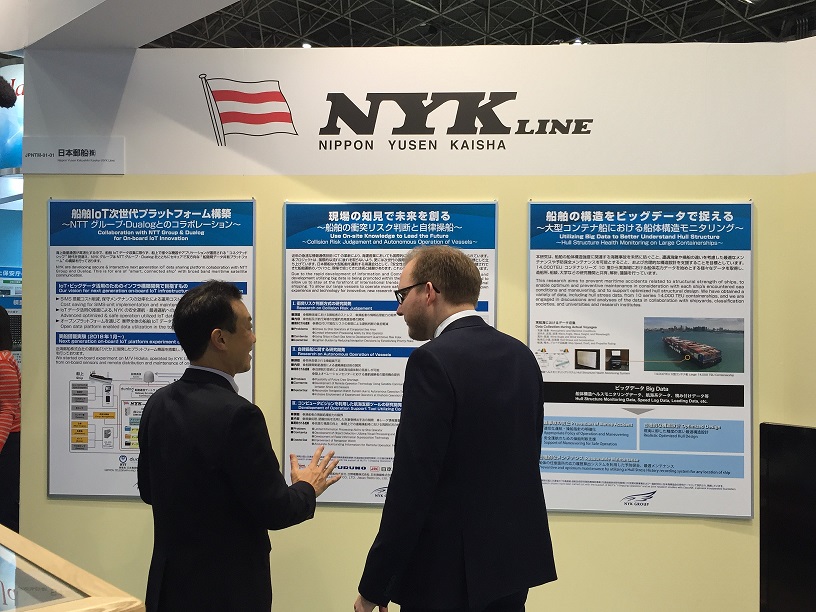 At its booth, NYK has panels addressing the supply and use of next-generation marine fuels, focusing on the NYK Group’s introduction of a liquefied natural gas (LNG) bunkering vessel and an LNG-fueled PCTC (pure car and truck carrier), in addition to the company’s safe-operation initiatives, such as collision risk judgements and autonomous ship operation. The state secretary eagerly asked about NYK’s green business and utilization of big data.

In fact, on April 13 NYK Group representatives will speak on the below topics. 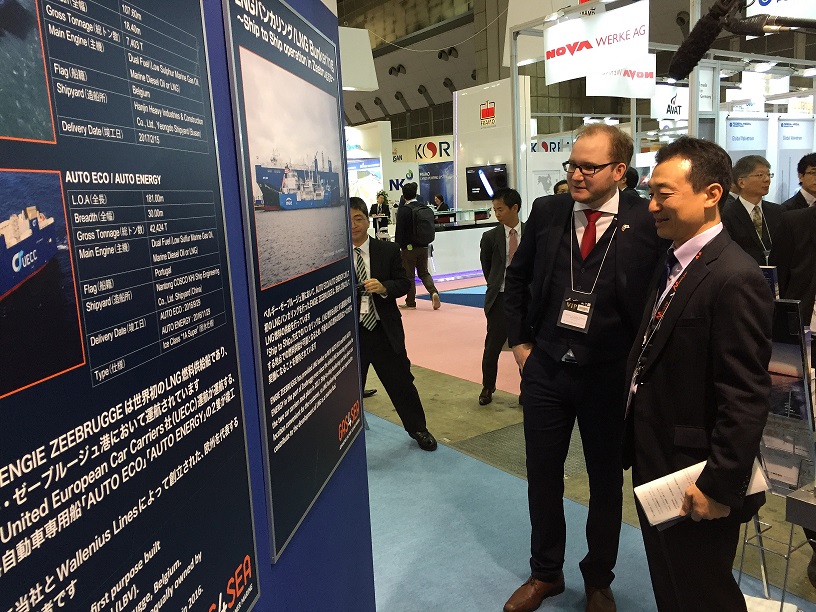 In front of the panel about the world's first
purpose built LNG bunkering vessel
The NYK Group has been collaborating with the Norwegian government and maritime industry interests on the use of ship IoT. In fact, NYK has agreed to a strategic partnership with Dualog,** a cutting-edge innovator of maritime IT headquartered in Norway, and NYK has presented at the National Maritime Summit held in Norway on the topic of NYK’s use of IT. In addition, a total of 53 students and teachers from the Norwegian University of Science and Technology visited NYK on March 23 to talk about business and IoT utilization initiatives.

In accordance with its new medium-term management plan “Staying Ahead 2022 with Digitalization and Green,” the NYK Group seeks to create new value by making use of the latest digital technology for innovation in the shipping industry, in addition to building good relationships with the governments of various nations and companies in the maritime industry.

** Dualog
Established in 1994, Dualog provides a maritime digital platform that ensures that internet, email, and cloud services work reliably and securely on board. The platform enables and optimizes all the IT services and tools needed to efficiently manage vessels. Dualog’s IT solutions are installed on more than 3,000 ships in worldwide trades.