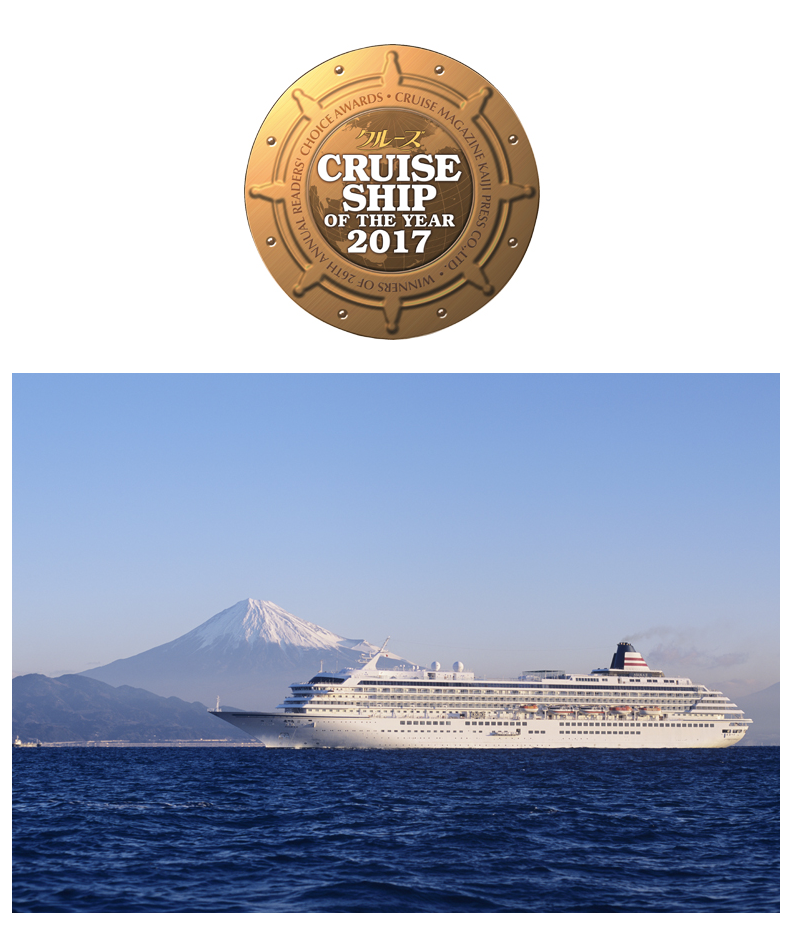 Asuka II, a cruise ship owned and operated by NYK Cruises Co. Ltd. (head office: Yokohama; president: Hiroshi Hattori), has been recognized as the 2017 Cruise Ship of the Year, marking the 26th straight year that Asuka II or its predecessor Asuka has been selected for this honor.

The readers of the Japanese magazine Cruise vote annually for their favorite ship and share their reasons, and this year Asuka II was selected as both the best Japanese-flagged ship and best overall ship. In fact, the Asuka cruise brand has received the Cruise Ship of the Year honor every year since the recognition was first presented in 1992.

Reasons mentioned by voters this year included, "I feel at peace within the cosmopolitan atmosphere on board," and “The polite responses and service are always perfect.” Many readers underscored the ship’s modern interior, refined atmosphere, and superb “omotenashi,” i.e., traditional Japanese hospitality that emphasizes dedicated service and exquisite manners.

Asuka Cruise has always made an effort to be responsive to its customers and to offer premium, dedicated service that gives attention to detail. In January 2018, power adaptors and USB ports were added to the cabins, and a large monitor displaying route maps was installed in the Palm Court lounge located on the top deck with a beautiful view.

On March 25, Asuka II will embark on its first world cruise in three years. This cruise, in particular, has been favorably received by customers and usually fills up shortly after bookings are accepted.

The NYK Group remains committed to offering creative cruise experiences that best meet the passions of its customers.