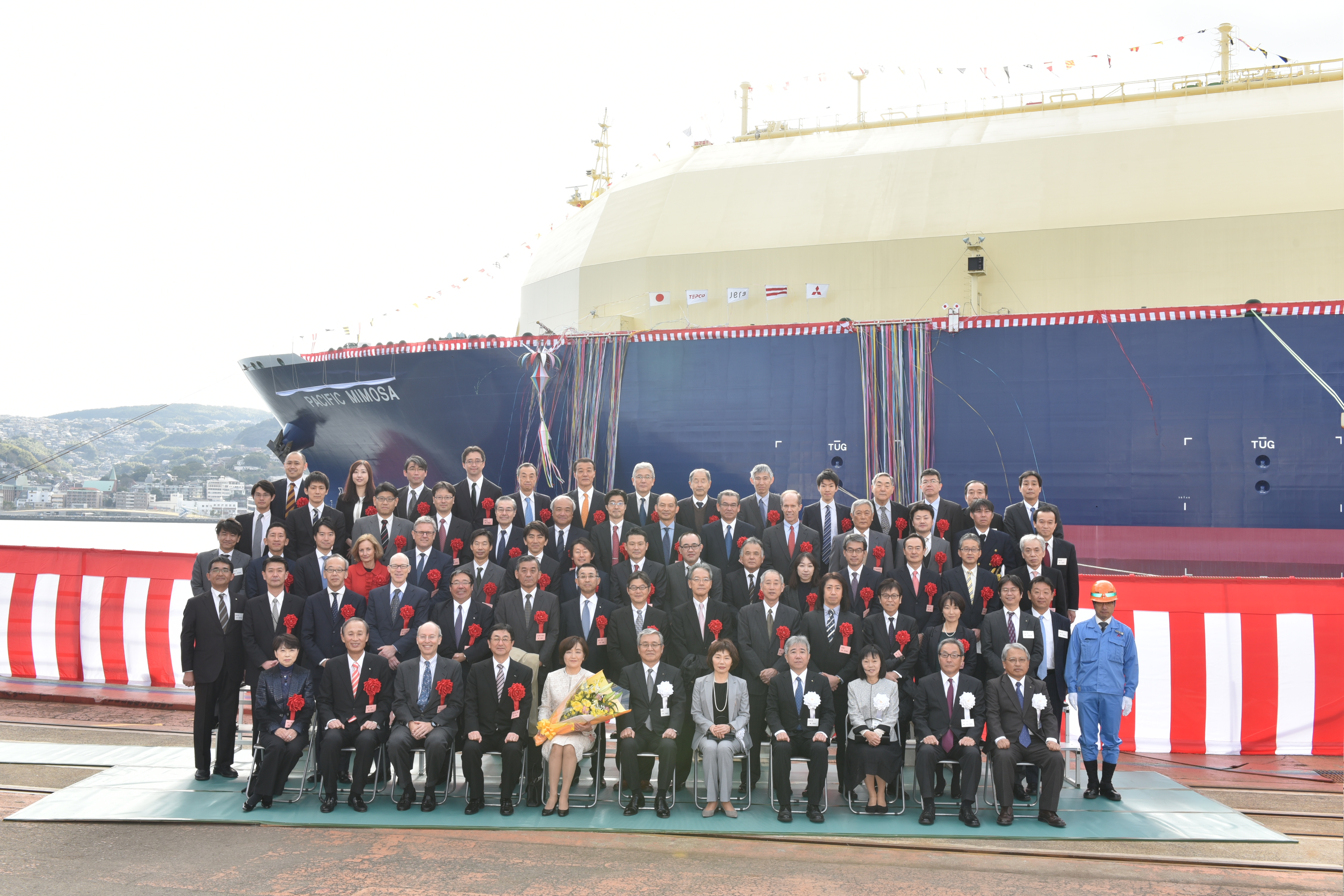 At the ceremony, the ship was named “Pacific Mimosa” by Mr. Sano of TEPCO Fuel & Power, and the ceremonial rope holding the vessel in place was cut by Mr. Sano’s wife. The ship’s main port of call will be in Australia, and the vessel derives its name from Australia’s national flower, which is part of the Mimosa family.

The ship will be delivered in March 2018 and assigned to transport LNG for JERA from the Wheatstone LNG project — in which JERA, Mitsubishi Corporation (head office: Tokyo; president and CEO: Takehiko Kakiuchi), and NYK participate. LNG Marine Transport Ltd.*** will be responsible for the operational management of the vessel.

NYK will continue its efforts for stable energy transport. 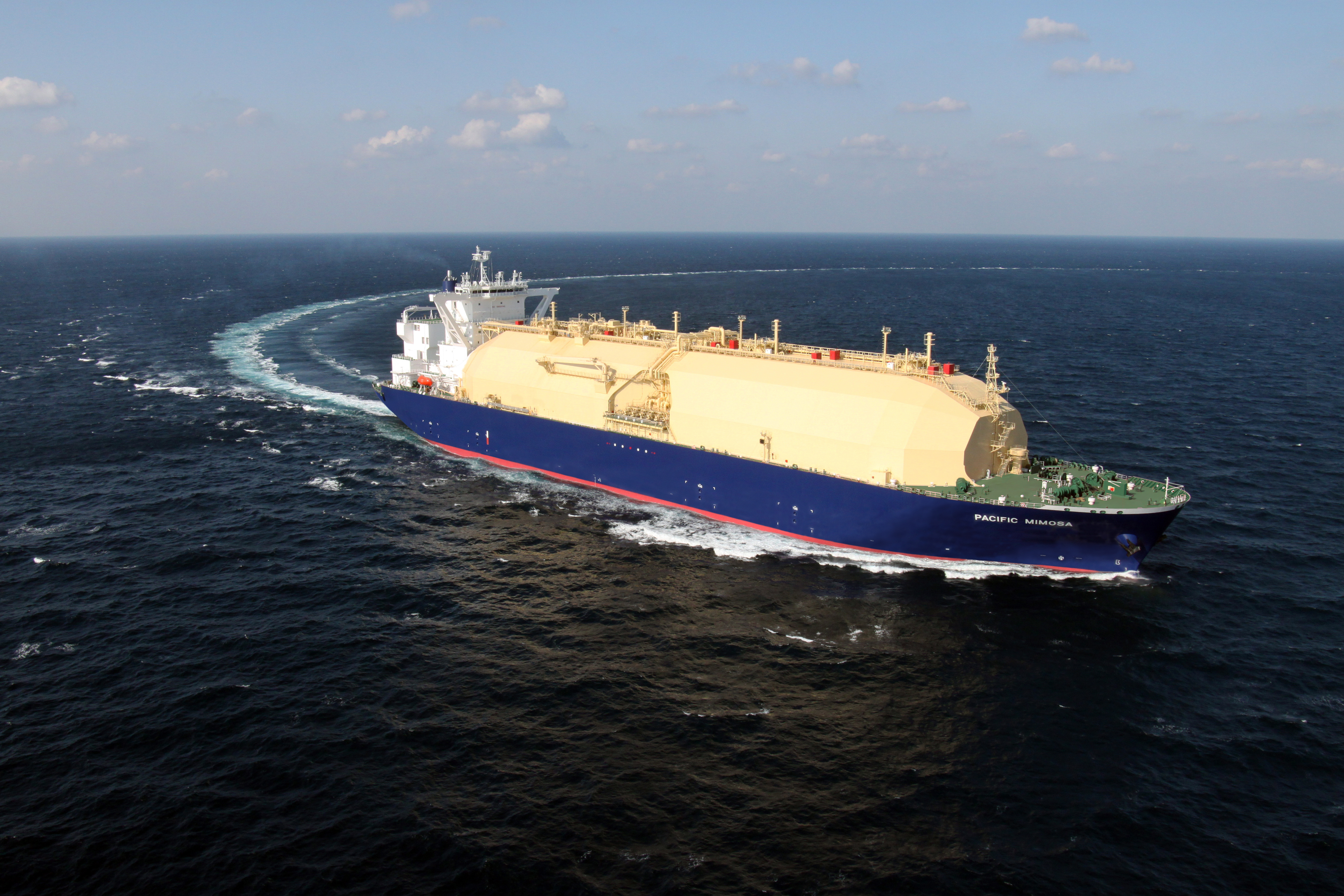 Announcement on June 18, 2012, “NYK Jointly Participates in Wheatstone LNG Project,” http://www.nyk.com/english/release/1964/NE_120618.html
The news on this website is as of the date announced and may change without notice.