In a recent speech at the U.N., NYK was the only Japanese company mentioned to be promoting the achievement of Sustainable Development Goals, or SDGs.* NYK does this by encouraging creative solutions through innovation and business model changes to positively address issues that challenge our society.
The speech was made during #GlobalGoals Week at the U.N. headquarters in New York during the 71st session of the U.N. General Assembly that was held from September 13, by Remi Eriksen, a group president and CEO of DNV GL, a classification society based in Norway.
The NYK initiatives mentioned included the following: 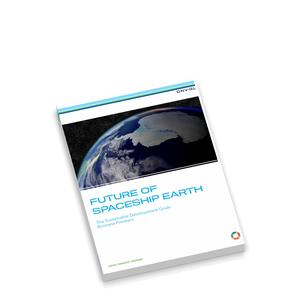 1. Contribution to “Decent Work and Economic Growth” by building a maritime academy in the Philippines and allowing for the transfer of a professional skill to the people of a developing country.
2. A reduction of emissions and an improvement in operation safety through the use of the eco-friendly navigation support systems incorporated in the concept ship NYK Super Eco-Ship 2030 in addition to cooperation between crew members and onshore personnel for the use of Big Data and the IoT.
3. In accordance with Japanese government’s aim to increase exports of agricultural, forest, and fishery products to \1 trillion by 2020 which is twice the level of 2012, NYK group’s proactive technology development of controlled atmosphere (CA) containers will make the transport of agriculture from Japan to developing countries feasible.The NYK Group, as a good corporate citizen, will continue to implement creative solutions by taking an active role in social issues through dialogue with stakeholders to realize a sustainable society.
* SDGs (Sustainable Development Goals)
The “2030 Agenda for Sustainable Development” was adopted at the U.N. Summit in September 2015 and established SDGs to realize a global society by 2030. In Japan, a department to promote SDGs was launched in May 2016 and comprises the prime minister (as general manager) and all Cabinet ministers.
<Speech for the achievement of SDGs>
DNV GL has published a report titled “Future of Spaceship Earth,” which examines the likelihood of achieving the 17 SDGs by 2030 and private sector solutions for achieving these goals. For each SDG, the report highlights a company pioneering progress toward the goal. “Future of Spaceship Earth”
https://www.dnvgl.com/technology-innovation/spaceship-earth/index.html
<NYK’s Initiatives>
NYK’s initiatives can be found in the “NYK SPARK BOOK,” a handbook for creative solutions that accompanied the 2016 NYK Report.
https://www.nyk.com/before_files/english/ir/library/nyk/pdf/2016_sparkbook_all.pdf
The news on this website is as of the date announced and may change without notice.