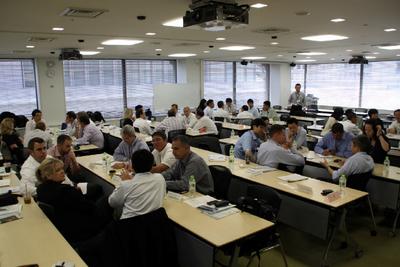 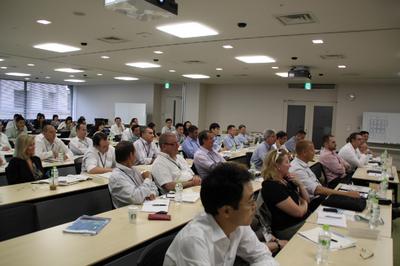 During the week, participants were given a better understanding of the NYK Group Values and the various businesses that make up the group. This joint program also allowed those within NYK and YLK to expand their business networks, and those participating were then asked to infuse their home offices with what they had learned and subsequently encourage greater cooperation and unity among the companies within the NYK Group.

In the program, participants discussed the NYK Group Values of ”integrity,” “innovation,” and “intensity” to learn more about the group’s corporate culture, and a number of presentations were given to explain division strategy based on NYK's medium-term management plan “More Than Shipping 2013.” Additionally, participants exchanged views with Japanese staff members about activities to encourage greater cooperation with other divisions, how to best grow our businesses, and the importance of participation in business operations. 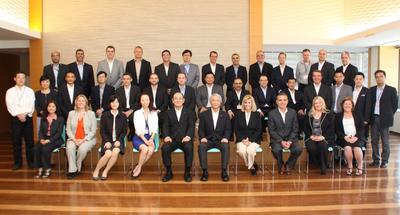 Participants were also given the opportunity to tour cultural sights and engage in zen meditation to deepen their understanding of Japan. A number of participants even gave a day of their time to assist the rebuilding effort in Rikuzentakata city, which was devastated by the Great East Japan Earthquake and ensuing tsunami 18 months ago. NYK began the volunteer activities last year, and participants could feel the importance of the social action programs that the NYK Group provides.

The NYK Group will continue to emphasize its human resources for staff members based outside Japan in the group’s effort to further develop as a global corporation.
The news on this website is as of the date announced and may change without notice.