Yamatai Transports Aid to Survivors of Japan Earthquake and Tsunami -No.1- 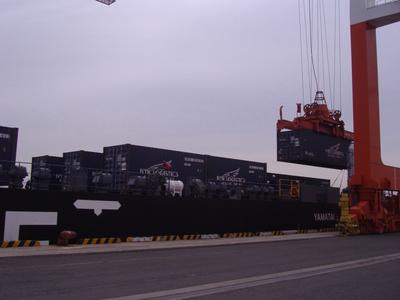 NYK has provided free ocean transport of relief supplies to the northeast region of Japan, where a massive earthquake hit on March 11 and triggered a devastating tsunami. Yamatai, a module carrier operated by NYK-Hinode Line Ltd., a wholly owned subsidiary of NYK Line, was used for this transport. Relief supplies from companies, local governments, the All Japan Seamen’s Union, and NPOs were loaded on the vessel, and it set sail from the port of Kobe on March 24 and arrived at the port of Hachinohe in Aomori prefecture on March 27. The relief supplies were then be transported to each city, town, and village in the prefectures of Aomori, Iwate, and Miyagi. 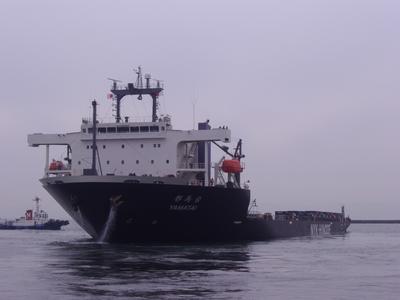 In cooperation with 32 companies invited by NYK to assist, including the Japan Federation of Economic Organizations, local governments, the All Japan Seamen’s Union, and NPOs, the relief supplies were collected through the “First Relief Supplies Hotline.” The supplies include drinking water, food, sanitary goods, and livingware, all of which has been loaded into 14 20-foot and five 40-foot containers, equivalent to about 16 10-ton trucks. These relief supplies also included supplies provided by the NYK Group.
NYK initially offered the Japanese government the use of the module carrier Yamatai as an offshore platform for helicopters to be used to provide relief supplies to the quake-stricken area, but decided to instead use the vessel for the ocean transport of relief supplies after considering the urgency for them. We will consider additional shipments if there are further requests for relief supplies.
In addition, NYK staff members are now in Aomori prefecture to better understand the need for relief activities in the quake-stricken area.
We pass on our genuine condolences to victims and related parties suffering from the disaster, and sincerely wish for a quick recovery to people living in the affected area. NYK will continue to use its logistics and transport services, facilities, and networks across oceans, land, and air to demonstrate the group's commitment to social contribution activities.
l         Vessel Particulars
Length Overall: 162.00 meters
Breadth: 38.00 meters
Draft (design): 6.344 meters
Gross Tonnage: 14,538 tons
Deadweight Tonnage: 19,500 tons
Flag: Panama
Built Year: 2010
The news on this website is as of the date announced and may change without notice.