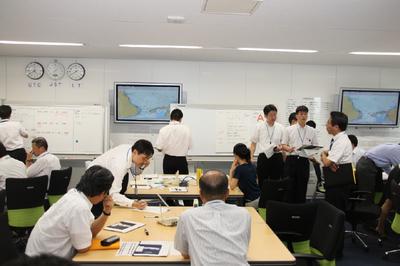 NYK conducted a crisis-response drill together with NYK Cruises Co. Ltd. (head office: Chiyoda-ku, Tokyo; president: Shinji Imasaki), a wholly owned subsidiary of NYK, on July 5 based on the scenario of a serious accident occurring on Asuka II, a cruise ship operated by NYK Cruises.

This drill was part of the company’s Remember Naka-no-Se Campaign, which has been conducted throughout July every year since July 1998 to remind NYK Group members of the importance of safe operations and to ensure that lessons remain learned from the oil spill that occurred in July 1997 from VLCC Diamond Grace.
A summary of the exercise is provided below. Communications with organizations, such as the Japan Coast Guard, did not actually take place in this mock drill. 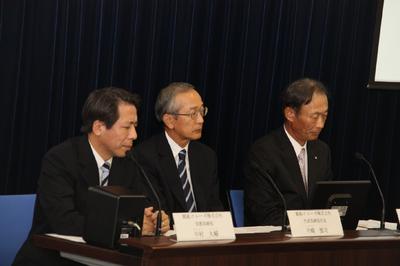 1) NYK established a crisis management headquarters together with NYK Cruises in response to Asuka II’s first report of an accident.

2) NYK reported the accident to government authorities, including the Japan Coast Guard, and began collecting information.
3) NYK requested the Japan Coast Guard to conduct rescue operations. Injured people were assisted and sent to a nearby hospital by helicopter.
4) NYK sent out five press releases in accordance with the progress of the situation and responded the media inquiries.
5) NYK held a mock press conference, at which NYK president Yasumi Kudo, NYK Cruises president Shinji Imasaki, and NYK Cruises managing director Daisuke Nakamura explained the accident to the press.
We reconfirmed the importance of an immediate response to accidents, an immediate collection of information and cooperation with related parties, such as NYK Cruises, and the importance of immediate and precise explanations of the accident to the public and families of passengers and crews through press releases and press conferences.
NYK continues to conduct business by activity attaching weight to safe operations and environmental conservation.
The news on this website is as of the date announced and may change without notice.